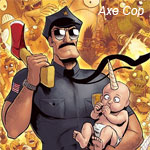 Fox has given the go-ahead to an animated series version of Axe Cop, the comic-book franchise created by seven-year-old Malachai Nicolle and his older brother and chief illustrator Ethan, according to Vulture.com. The comic centers on a very earnest police officer who uses a firefighter’s axe as a weapon and, has a flute as a sidekick and a T-Rex as a pet.

The show is the first project officially put into development by Animation Domination HD (ADHD!) Fox’s alternative animation production unit headed by Adult Swim alum Nick Weidenfeld. Fox has ordered six 15-minute episodes of the show and plans to debut it in early 2013 as part of its late-night Saturday animation block. The network expects to air about an hour of first-run animation programming, including a number of recurring series and animated shorts. Fox will fill up the rest of the 90-minute block, which will air against Saturday Night Live on NBC with some acquired titles.

Weidenfeld told Vulture that he has been a fan of Axe Cop since his days at Adult Swim.  He is now looking for a showrunner who “has a good idea of how to adapt it, without ruining what’s great about a story whose origins hail from the mind of a 5-year-old.” Incidentally, we hear that Lost creator Damon Lindelof is a fan of the comic too! 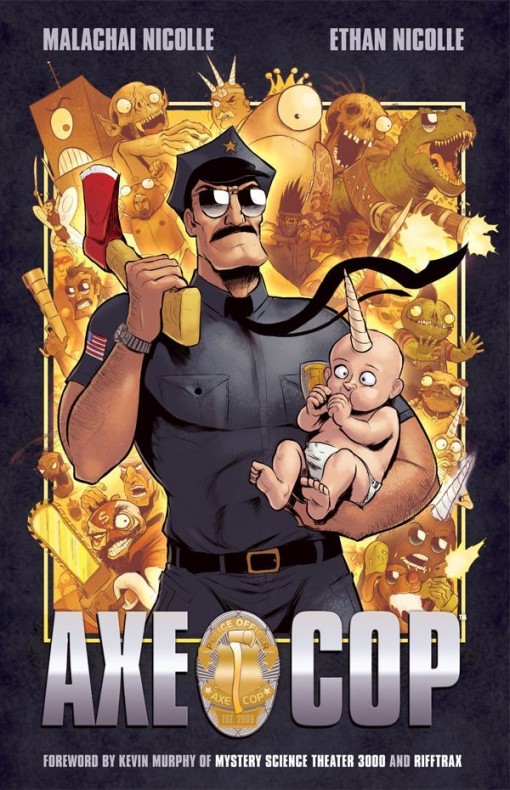