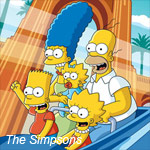 The cast members of The Simpsons have agreed to a 30% cut in their salaries for the next two years after negotiations with 20th Century Fox. As a result, the series is now renewed for two more seasons. According to Deadline.com, both sides made concessions from their original demands, with the cast agreeing to not ask for a  piece of the series’ back-end and the studio upping their previous final offer for a 45% salary reduction. Cast members currently make about $440,000 episode. Fox’s license fee for the show has also dropped due to lower ratings than previous years. 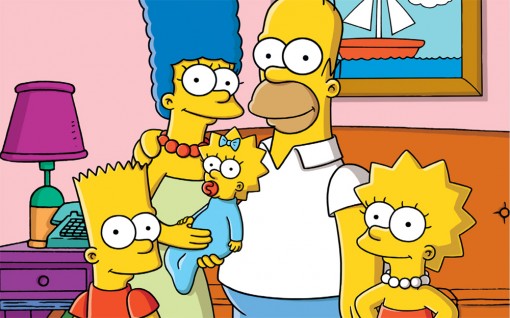 Here is the official press release:

FOX has renewed The Simpsons, the longest-running comedy in television history, for an incredible 24th and 25th season, bringing the series total to an astonishing 559 episodes. The Simpsons airs Sundays (8:00-8:30 PM ET/PT) on FOX.

In the words of Homer Simpson, “Woo Hoo! I outlasted Andy Rooney!”

The longest-running scripted show in television history, The Simpsons exploded into a cultural phenomenon in 1990 and has remained one of the most groundbreaking and innovative entertainment franchises, recognizable throughout the world. Matt Groening created the iconic family: Homer, Marge, Bart, Lisa and Maggie. In February 2012, THE SIMPSONS will celebrate its historic 500th episode. The series has won 27 Emmy Awards, been the subject of a hit feature film, created “Krustyland” and a revolutionary virtual coaster – The Simpsons Ride – at Universal Studios, received a star on The Hollywood Walk of Fame, been honored with five U.S. postal stamps personally designed by Matt Groening, and named the “Best Show of the 20th Century” by Time Magazine.

Following the MLB American League Championship Series and World Series games on FOX, The Simpsons returns with all-new episodes beginning with “Treehouse of Horrors XXII,” on Sunday, Oct. 30 (8:00-8:30 PM ET/PT). In the spooky opener, Homer takes a dangerous dive into an isolated canyon on Candy Peak, but when a crashing boulder traps his arm, he channels Aron Ralston (guest voicing as himself) to save himself. In “The Diving Bell and Butterball,” the first of three hair-raising Halloween tales, a venomous spider bite leaves Homer paralyzed, but when Lisa discovers Homer’s ability to communicate through natural gases, he is able to express his love for Marge. The killer spells continue in “Dial D for Diddly,” when Ned Flanders, devout preacher by day, transforms into a cold-blooded vigilante by night. In the final terrifying tale, “In the Na’Vi,” Bart and Milhouse are assigned on a mission to access a sacred extract on a distant planet. They morph into the land’s indigenous one-eyed avatars, but when Bart finds love and an eternal mate abroad, he is caught in planet warfare.