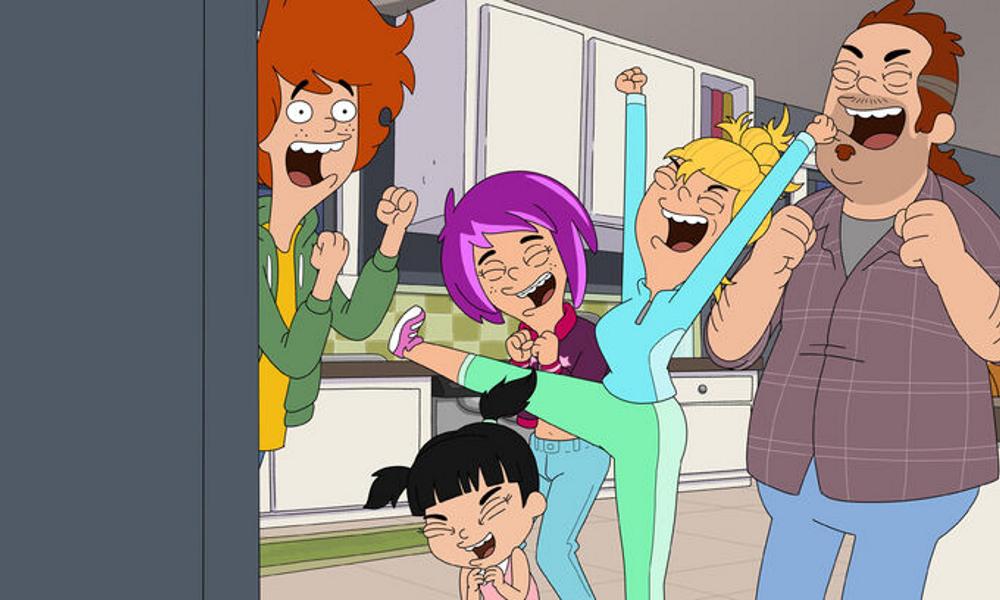 FOX Entertainment has ordered a second season of the recently debuted animated series Duncanville, to air during the 2021-2022 season. From Emmy Award and Golden Globe winner Amy Poehler and Emmy Award winners Mike and Julie Scully, Duncanville follows a spectacularly average 15-year-old boy with a rich fantasy life, and the people in his world. The network also revealed that an encore episode featuring SNL alum Ana Gasteyer is set to air Sunday.

“Duncanville is another great addition to our Sunday Animation Domination block,” said Michael Thorn, President of Entertainment, FOX Ent. “Amy, Mike and Julie have been fantastic partners, as have the teams at 20th and Universal Television. Our thanks also go out to the entire voice cast, including Ty, Riki, Betsy, Yassir, Zach, Joy, Rashida and Wiz. Duncan may be an average teen. However, the show is anything but, and we can’t wait for a brand-new season of Harris family adventures.”

In the series, Duncan (voiced by Poehler) can see adulthood on the horizon: money, freedom, cars, girls … but the reality is more like: always being broke, driving with your mom sitting shotgun and babysitting your little sister. He’s not exceptional, but he has a wild imagination in which he’s never anything less than amazing. Poehler also voices Duncan’s mother, Annie, and Emmy Award winner Ty Burrell voices Duncan’s father, Jack. The series also features the voices of Emmy Award nominee Riki Lindhome, Betsy Sodaro, Yassir Lester and Zach Cherry, as well as guest voices Rashida Jones, Wiz Khalifa and Joy Osmanski.

In the encore episode “Fridgy,” airing Sunday, April 12 (8:30-9:00 p.m. ET/PT) on FOX, the family gets a new smart fridge that turns out to be too smart for Annie’s liking and she feels replaced. Jack and the kids see no harm in the fridge’s increasing invasions of their privacy, until they realize that the appliance company that sold them the refrigerator has questionable motives. Ana Gasteyer makes a guest-voice appearance.