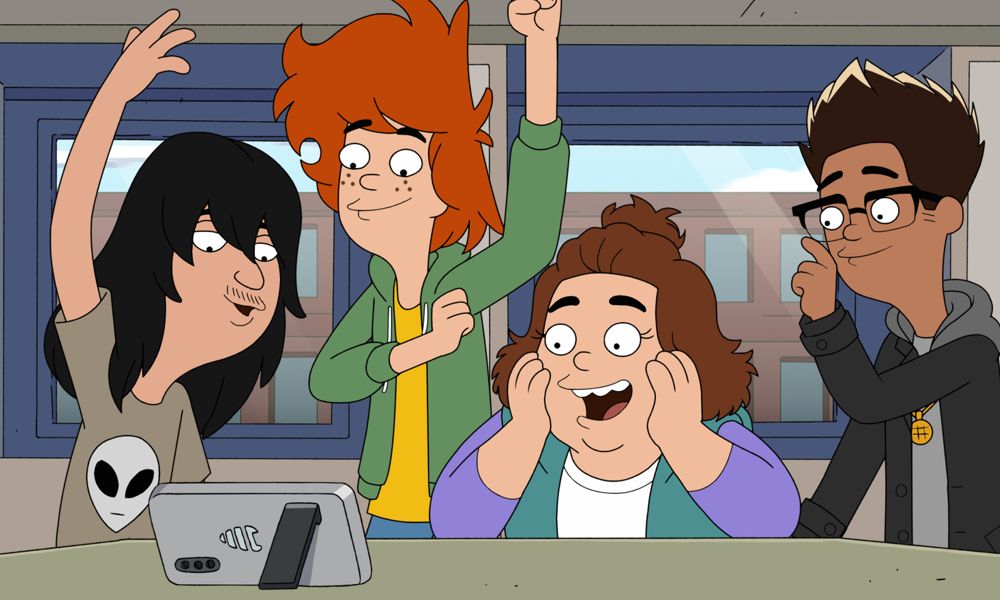 Featuring the voices of Emmy Award-winner Lisa Kudrow (Friends, The Comeback), Emmy Award winner Tony Hale (Veep, Arrested Development) and Will Forte (The Great North), animated comedy Housebroken follows a group of neighborhood pets and stray animals as they work through their issues inside and outside their therapy group. Honey (Kudrow), a standard poodle, opens her living room for the group to come and support each other through the misery, mayhem and majesty that is being a pet. Honey also struggles with her own problems, such as her arranged (by her human) marriage with Chief (Nat Faxon, The Way Way Back), a sloppy St. Bernard who enjoys eating socks and licking himself.

Housebroken is an irreverent look at human behavior, but told through the filter of an offbeat group of neighborhood pets. Throughout the series, the show centers on the pets’ dysfunctional relationships and their skewed world view, while exploring relevant societal issues in fun and unique ways. Produced by Kapital Entertainment and FOX Entertainment, the show is created and executive-produced by Gabrielle Allan, Jennifer Crittenden and Clea DuVall. Sharon Horgan, Clelia Mountford, Aaron Kaplan and Dana Honor also serve as executive producers. The series is animated by Bento Box Entertainment.

The adventures continue in the Season Two premiere of Duncanville airing Sunday, May 23 (8:30-9:00 p.m. ET/PT), when the Harris family takes their first vacation. The episode features Parks and Recreation stars Adam Scott, Aubrey Plaza, Retta and Nick Offerman making guest voice appearances. Other storylines in the new season include Duncan saying the one thing no kid should ever say to their dad, which shifts their power dynamic; Duncan and Kimberly being sent to therapy camp; Jing and Jack starting a child birthday band together, with Annie managing them; and Duncan racing stock cars. Catch up on Season One on FOXNOW and Hulu.