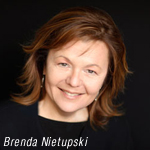 A new Canadian production company called Little Tugboat has been launched by a former Treehouse exec and some support from Little Airplane founder Josh Selig.

Based in Toronto, Brenda Nietupski is the owner and president. She formerly was director of programming at Treehouse and Discovery Kids Canada. Selig is VP and director of the company, and has an ownership interest.

Little Tugboat will be working with Breakthrough Entertainment and Little Airplane on its first project, The Adventures of Napkin Man, a live-action/animated series for preschoolers now in development with the CBC. The series is a CRTC co-venture between Breakthrough and Little Airplane created by Selig and Tone Thyne. Little Tugboat will render animation services, with the live-action elements of the pilot directed by J.J. Johnson of Sinking Ship Entertainment.

“Josh and I have similar perspectives on quality children’s programming,” said Nietupski, “Our goal with Little Tugboat is to create the highest quality children’s content while building strong creative alliances among the most talented companies and individuals we know.”

“I’m excited to be joining forces with my friend Brenda to launch our Little Tugboat,” said Selig. “Canada is the center of the universe when it comes to production and we look forward to Little Tugboat making some truly beautiful shows here, starting with ‘The Adventures of Napkin Man.'”

The Adventures of Napkin Man tells the story of Mister Anthony, a preschool teacher who draws for his students a superhero named Napkin Man, who comes to life in an animated world and helps young children better understand and manage their feelings.

Steven DeNure will sit on the Little Tugboat board of directors as an independent member. DeNure is president and COO of DHX Media.