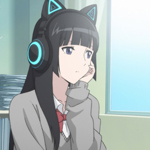 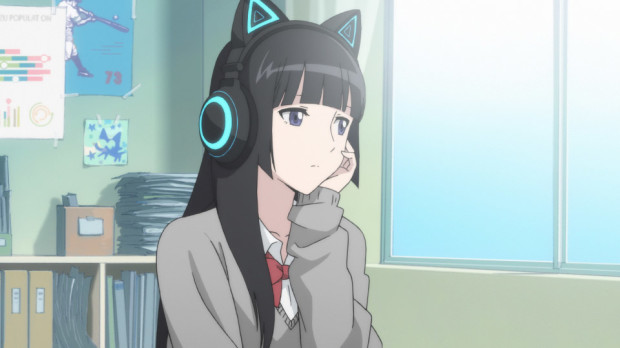 An outré mixture of sci-fi misadventures, offbeat mecha action and take-no-prisoners slapstick, FLCL (Fooly Cooly) became a fan favorite as soon as the six-part OAV debuted in 2000. Eighteen years later, not one but two sequels have been co-produced by Production I.G, Toho and Adult Swim: FLCL Progressive and FLCL Alternative. Progressive debuts on Adult Swim’s Toonami block June 2 at 11:30 p.m.

“When we first saw FLCL, it blew us away,” says Jason DeMarco, senior VP and creative director on-air at Adult Swim. “We have run it continually on Adult Swim over the last 14 years or so, in the hopes of exposing it to as many viewers as possible. When the opportunity presented itself to help produce a new FLCL for the current generation, we couldn’t resist the challenge.”

Director Kazuto Arai’s involvement with the new series grew out of what he thought was an empty social gesture. “When I went to Studio Poncotan for the wrap party of Six Hearts Princess, I met character designer Chikashi Kubota, who asked if I wanted to work on the storyboard for the new FLCL,” Arai recalled in an email interview. “I thought he was just being polite, but the next day I got a call from Production I.G and realized he wasn’t joking. I didn’t want to miss this opportunity, so I replied without hesitation.”

Creating a sequel to a property as popular as FLCL can be a tap dance in a minefield. The artists must preserve the elements that won the original its fans, yet break enough new ground that it doesn’t feel like a rerun. Arai faced that challenge in the first episode of Progressive. “Episode One needed to convince the fans that it is a sequel to FLCL, but it couldn’t be just a copy of the original,” he explained. “It was going to have a different flavor, but I needed to focus on giving the episode the original FLCL feel. I was particularly focused on ‘deviation from the everyday life.’ Life repeats itself every day, then suddenly the loop is severed and you find yourself in an extraordinary world.”

“Personally, I love the animation style and the depth of the story, where you discover something new every time you watch it. Is that what appeals to the U.S. fans as well?”

Fooly Cooly had a freewheeling nuttiness that reflected the energy of its young artists. When Arai talked to the original director, Kazuya Tsurumaki, the older artist urged him to follow that model. “Director Tsurumaki said that he wanted the new FLCL to be made with a young creator’s instincts. When he made the original FLCL, he used his youth and the power that accompanied it, and he wanted to see the same in the new FLCL.”

The original Fooly Cooly opens with sixth grader Naota (Barbara Goodson) complaining about the dreariness of life in his hometown since his older brother left to play pro baseball in America: “Nothing amazing happens here. Only the ordinary.” Minutes later, all hell breaks loose when Haruko (Kari Wahlgren), a girl from outer space, charges in on her Vespa and clobbers him with an electric guitar. Naoto finds himself drawn into the galaxy-wide conflict between the Fraternity and Medical Mechanica, whose hilltop factory looks like a gargantuan iron — and is part of a sinister plot “to smooth whole worlds.”

The Pangs of Junior High

As Progressive opens, Arai introduces a new, equally alienated young character. Hidomi (Xanthe Huynh) is permanently plugged into her ear buds; she rarely talks to her classmates or family. “Initially, I thought about making a character who resembles a contemporary junior high student, but I gave up on that idea right away. I may be young, but there’s a huge gap between our generations. So, I looked back to the feelings and experiences I had in junior high and added them to her character. You can’t create a believable character unless you can identify with her.”

American animators may find Arai’s method of working with character designer Yoshiyuki Sadamoto as strange as the FLCL characters’ relations with each other: “I’d receive a message from Mr. Sadamoto about 3 a.m., when I was already in bed: He’d taken a photo of a rough design and sent it to me. I’d review the design and send feedback while in bed. It may sound funny, but it saved us a lot of time during the character development stage of production.”

When asked about the enduring popularity of FLCL, Arai confesses that although he loves the series, he’s puzzled by its international impact. “I’m a FLCL fan too, but honestly, it’s still a mystery to me why it has such a big fan base in the U.S.,” he concluded. “Personally, I love the animation style and the depth of the story, where you discover something new every time you watch it. Is that what appeals to the U.S. fans as well? I wish someone would tell me.”