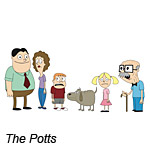 FishBowl Worldwide Media, a next gen studio founded by industry vets Vin Di Bona and Bruce Gersh, have announced the studio will begin production on a pilot episode for an original animated we series, The Potts. The series will follow a family desperate to get on reality TV and find fame and fortune. Dave Coulier and Richard Kind will lend their voices to the project. The pilot is being created by David & Goliath founder and illustrator Todd Goldman and How I Met Your Mother exec producer Chuck Tatham. Di Bona, Gersh and Susan Levison (exec VP, creative affairs for FishBowl) will exec produce. 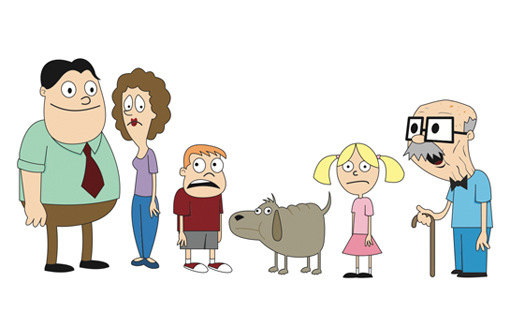 “At FishBowl we are actively creating entertainment properties for all platforms. In a world of YouTube stars and viral videos, we saw huge opportunity to draw inspiration from reality TV and develop a show that stars a family willing to do whatever it takes for their 15 minutes of fame,” said Levison. “Chuck Tatham has written a fantastic pilot script while Todd Goldman has identified the right animated style for The Potts. Add a cast of comedic actors, and we think we’ve created a fun series that will attract both viewers and brand sponsors.”