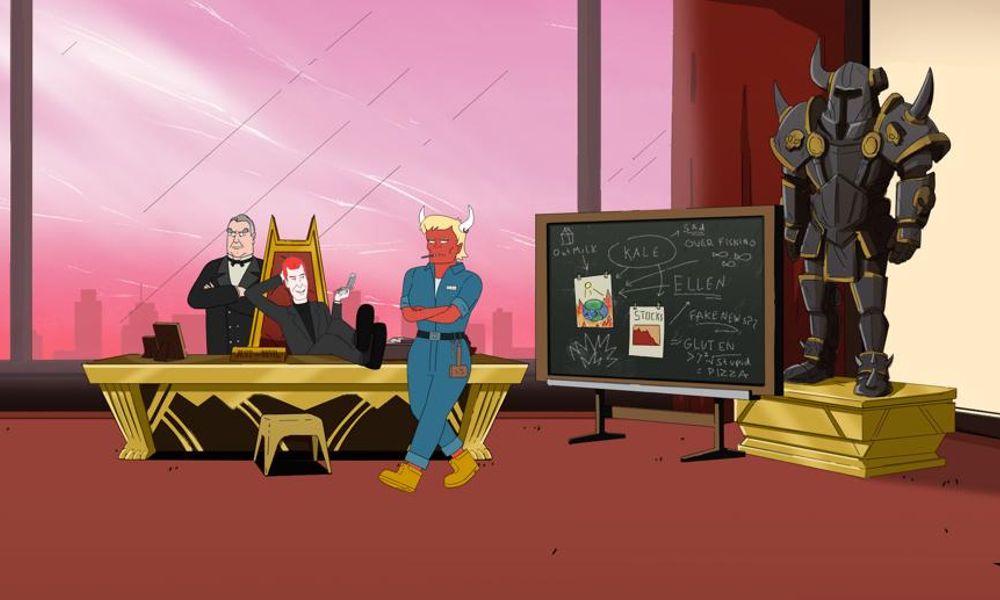 In Devil May Care, a millennial named Beans (voiced by Asif Ali) finds himself in Hell with NO idea why. While meeting with the Devil (Alan Tudyk) upon his arrival, they quickly figure out that Beans’ job from his earthly days translate perfectly into the Hell-esphere. Just like that, Beans becomes the Devil’s newest Social Media Manager, since online buzz is exactly what Hell’s been missing. The two form the most unlikely friendship, and together, while juggling Devil’s staff and family, they will surely get Hell trending!

“Devil May Care represents my passion for looking at things we take for granted in new ways. Strange ways. Ways I can’t discuss with my parents. Ways that I hope you will enjoy,” series creator, writer & exec producer Douglas Goldstein stated in the announcement. “At the very least, we can agree that watching Devil May Care beats staring at the ceiling during the quarantine.”