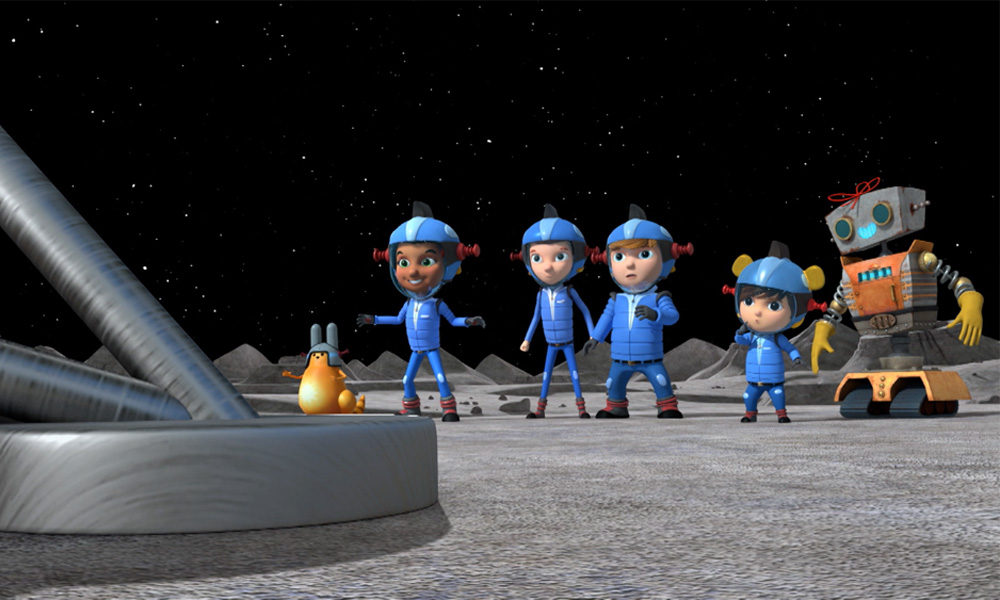 To mark the 50th anniversary of the groundbreaking Apollo 11 mission — which landed the first humans on the Moon on July 20, 1969 — acclaimed animated STEM series Ready Jet Go! is debuting an out-of-this-world special. Produced by Wind Dancer Films and premiering nationwide on PBS KIDS, Ready Jet Go!: One Small Step will get kids and parents alike excited for this space exploration milestone, with repeat airing throughout June and July leading up to the big day. The special will also stream on pbskids.org and the PBS KIDS Video App.

In One Small Step, Jet and the gang have a fun night planned with a sleepover in Jet’s backyard, with mini-golf and star-gazing – after all, it’s the 50th anniversary of the Apollo 11 moon landing! When Jet reveals that he’s built a brand-new super saucer that can take all the kids (and Sunspot) to the Moon, they have to test it out. After a rough landing, the kids realize that a part of the saucer is broken. With Celery and Carrot’s permission, they decide to have their sleepover on the Moon, but after falling asleep they notice Jet and Sunspot have disappeared! Sydney stays behind to work on the saucer while Sean and Mindy venture out to find their friends.

Off screen, a Ready Jet Go! Space Camp program will kick off this summer. The camps, which are designed to make learning about space fun for school-age kids, will be hosted by PBS stations in nearly 20 markets across the country. Kids and families who are based in (or traveling to) the DC area are also in for a special treat this summer with a Moon landing-themed event to take place July 20 on the National Mall in partnership with the Smithsonian Air & Space Museum. The celebration will feature Dr. Mainzer along with Jet, the star of the show (in costume character form); series creator Craig Bartlett (Hey, Arnold!, Dinosaur Train); the rocking Ready Jet Go! Band, and more. 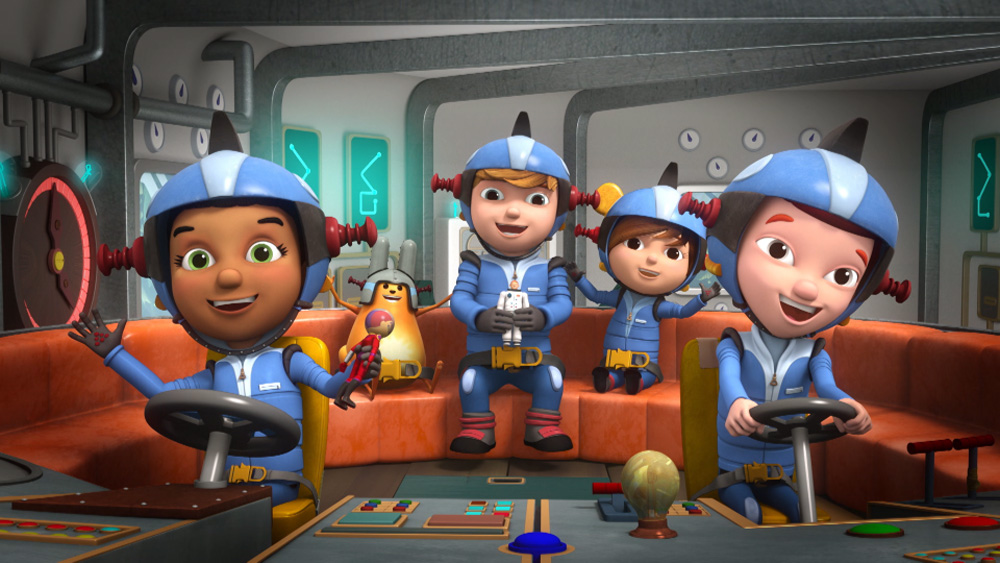