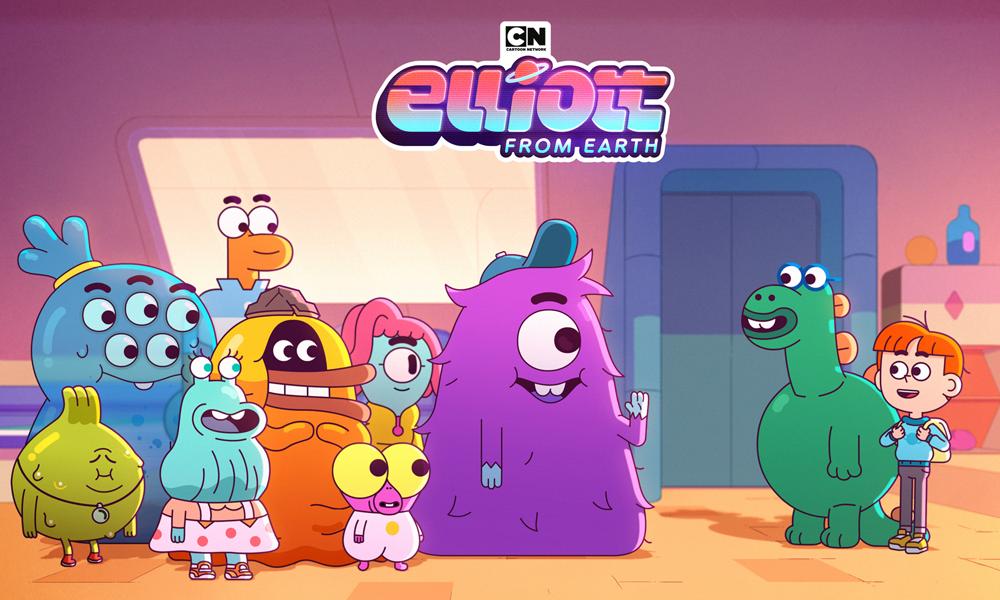 Elliott from the Earth

Cartoon Network EMEA has today shared an exclusive first look at its brand-new original series, Elliott from Earth, with a teaser trailer introducing the outer space world and characters. Announced in 2018, this fish-out-of-galaxy comedy from the talented team behind CN EMEA’s multi-award-winning global hit The Amazing World of Gumball will roll out globally, starting with premieres in the U.K. and Africa later this year.

Elliott from Earth is a 20 x 11-minute animated sci-fi comedy about a boy and his mum who find themselves suddenly transported somewhere across the universe surrounded by an amazing array of aliens from new and unknown corners of the galaxy. While trying to work out who brought them there and why, they make a new home for themselves and encounter new friends, including Mo, the only other being from Earth – a dinosaur.

You may also like...
Related Topics:Cartoon Network, Elliott from Earth, featured
Geographic Region:Europe