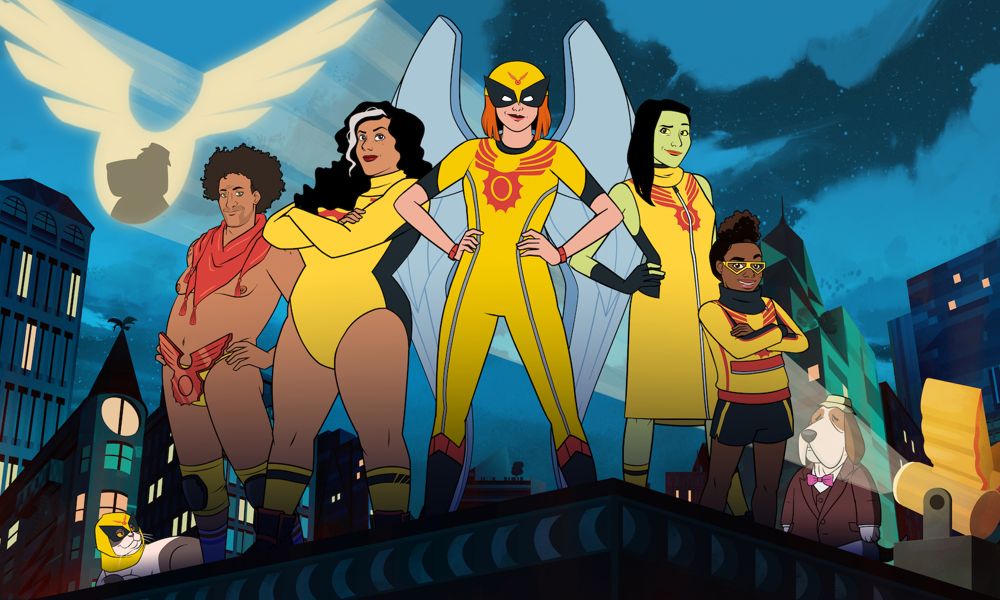 In Birdgirl, 30-something Judy Ken Sebben inherits her father’s company, which would be great if that company weren’t built around the most socially irresponsible 20th Century products and practices that, on a good day, involves clearing redwood forests or operating for-profit children’s hospitals. From the halls of the company headquarters, she assembles the ragtag, non-overtime earning Birdteam. Together, they try to undo all the luridly dangerous decisions of the generation before or contain the havoc of one of their own “world saving” products gone bad.

As part of the online SXSW 2021 (March 16-18), fans can get the latest scoop on Adult Swim, DC, HBO Max, Warner Bros. and more top animation and entertainment brands through WarnerMedia Rise.

Adult Swim presents a lively discussion featuring the network head, show creators and voice talent discussing the challenges and triumphs of producing their hit adult animated series during the COVID-19 crisis. Also, enjoy exclusive previews of what fans can expect from their new seasons premiering in 2021.