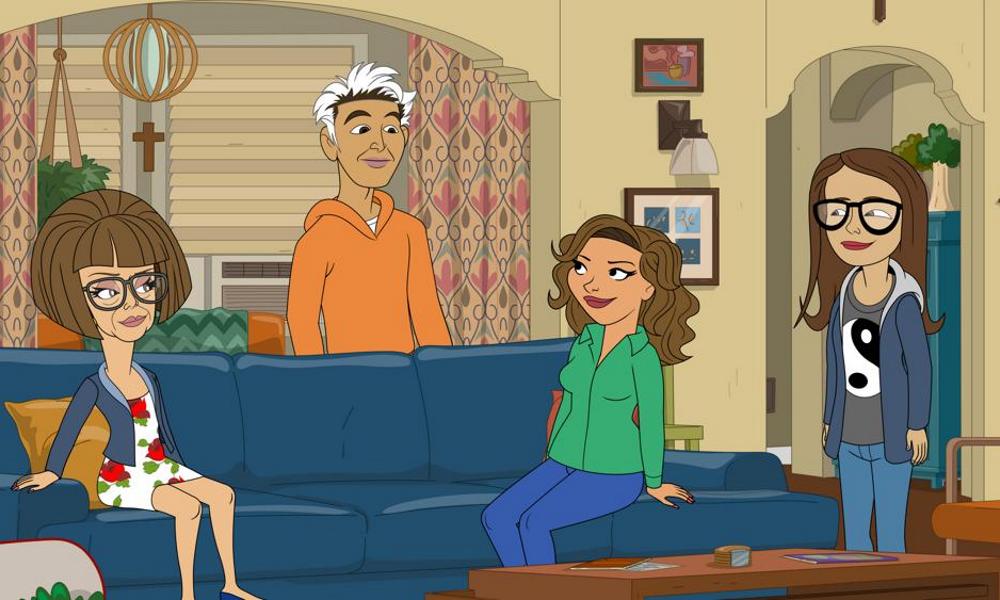 Sony Pictures Television has revealed a first-look clip and images for its buzzworthy One Day at a Time animated special, crafted in response to the COVID-19 production shutdowns. Titled “The Politics Episode,” the sitcom’s 2D interpretation will premiere on Sony’s Pop TV on June 16 at 9:30 p.m. ET/PT, and sparkles with returning guest stars Gloria Estefan and Melissa Fumero, joined by new addition to the family, Lin-Manuel Miranda.

In “The Politics Episode,” Penelope’s conservative cousin Estrellita (Fumero), Tia Mirtha (Estefan) and Tio Juanito (Miranda) are coming to visit … and with the impending election, they won’t be able to avoid fighting over politics.

One Day at a Time is produced by Act III Productions, Inc., Snowpants Productions and GloNation in association with Sony Pictures Television, with Norman Lear, Mike Royce, Gloria Calderón Kellett and Brent Miller serving as executive producers. The special is also produced by Jonas Diamond, Executive Producer and Co-Owner of Smiley Guy Studios in Toronto, and Rod Amador, Executive Producer and Co-Owner of Big Jump Entertainment in Ottawa.

Trailer Premiere: DreamWorks’ ‘To: Gerard’ Is a Valentine to Selfless Love
Snail of a Tale: Tim Hill Gives Us the Scoop on ‘The SpongeBob Movie: Sponge on the Run’