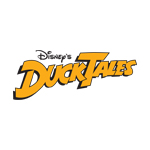 As part of its March client presentations this month, Disney Television has unveiled the first image from the revamped DuckTales — an all-new animated comedy series based on the Emmy Award-winning series. Scrooge McDuck, his grandnephews Huey, Dewey and Louie, and Donald Duck will return to the small screen through Disney XD sometimes in 2017.

The art charmingly shows off the kind of madcap, comically cartoony adventures that fans of DuckTales have come to expect, with an airborne jeep attempting to avoid an unseen, spear-throwing menace, Uncle Scrooge at the wheel, and Donald on the roof. The designs are just familiar enough while presenting a fresh, graphic novel inspired style.

DuckTales is one of 17 new series that Disney Media Sales and Marketing is presenting in the kids’ upfront this year — in addition to 28 current series, 785 episodes, the Radio Disney Music Awards and two new original movies spanning Disney Channel, Disney Junior and Disney XD. 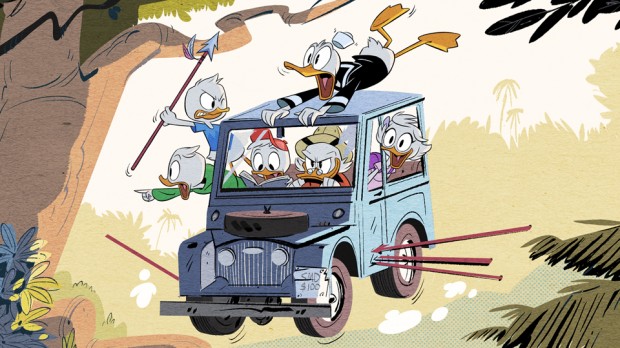 ‘My Little Pony’ Season 6 Teased with ‘Game of Thrones’ Spoof
Slate of Stars Join ‘Tangled: Before Ever After’ Cast