Be sure to pick your cape up from the dry cleaner’s this weekend: on Monday, October 27 at 6 p.m. ET/PT, the first-ever LEGO Batman special is swooping down on Cartoon Network. LEGO DC Comics: Batman: Be-Leaguered is produced by Warner Bros. Animation and promises a hilarious, light-hearted new tale for the DC Universe.

The adventure kicks off when one-man crime-stopping band and proud loner Batman is pestered by Superman to join this new super hero team The Justice League. When Batman makes it quite clear he’s not into it, the Man of Steel flies off — only to be disappeared by a strange energy.

With Earth’s mightiest super-being missing, it’s time for the World’s Greatest Detective to spring into action. With no time to lose, Batman enlists the help of the fastest man alive, The Flash. Their high-speed search leads them to the villainous Captain Cold, who is stealing an ancient artifact in Egypt. After the Flash likewise vanishes after this battle, Batman teams up with Aquaman, Wonder Woman and Cyborg to fight famous super-villains before vanishing one-by-one at the hand of the mysterious enemy. It is now up to Batman to free the newly formed Justice League from this powerful foe … but can he learn the value of teamwork in time? 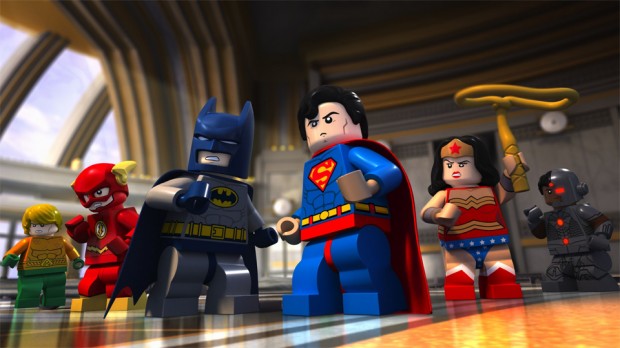 AS Launches ‘Mike Tyson’ Scavenger Hunt
Which Witch is Which?