Nickelodeon has put in a 20-episode production order for comedy-adventure toon Welcome to the Wayne, making it the network’s first digital short-form series to be greenlit for television broadcast. Along with the show, Nickelodeon is planning a companion app, “The Wayne,” which will give users a deeper, hands-on experience of the show’s world. Both projects are set to launch in 2016.

Welcome to the Wayne, created and written by Emmy winning writer/composer Billy Lopez (The Wonder Pets, Phineas and Ferb), originally launched on the Nick App and Nick.com in August of 2014 as a series of four- to five-minute shorts, and follows the adventures of two 10-year-old boys exploring the crazy, unpredictable world of their New York City apartment building, The Wayne.

The app will be developed alongside the TV series, and will give users a completely interactive experience exploring the building, discovering new characters and locations, solving puzzles and unlocking clues to unravel a greater hidden mystery. New messages and clues will be communicated through videos, online games, photos and more. 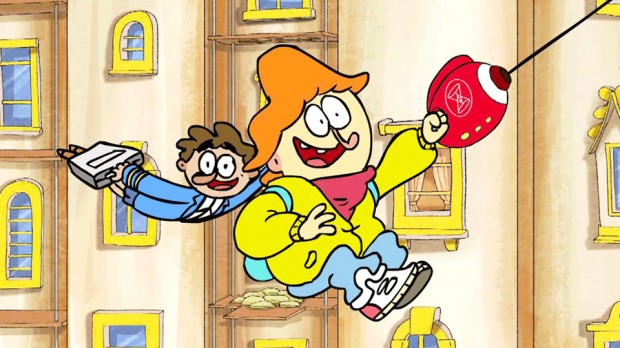 You may also like...
Related Topics:Billy Lopez, Nickelodeon, Phineas and Ferb, The Wayne, The Wonder Pets!, Welcome to the Wayne