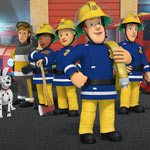 International kids’ TV icon Fireman Sam is celebrating his 30th onscreen anniversary on Friday with a special Royal Episode debuting on Cartoonito and Channel 5’s Milkshake! in the UK. Co-produced and distributed by Mattel and DHX, the regal theme of the new adventure is a fitting nod to young Prince George, the third-in-line heir to the British throne and Fireman Sam fan according to the Duke and Duchess of Cambridge.

“The Prince in Pontypandy” one-off episode will feature a kind Prince who visits Pontypandy on official royal duties but ends up having to use his helicopter rescue skills to save the day with Fireman Sam. (George’s father, Prince William, was an active helicopter pilot in the Royal Air Force Search and Rescue Force from 2010-2013.) Original characters from the first stop-motion episode of the evergreen series appear in a scene outside Dilys’ Cut-Price Store, when they are trying to get a glimpse of the Royal visitors.

The new episode will roll out internationally next year as part of season 11. An exclusive peak of the episode will also be released on Fireman Sam’s YouTube page.

Series Senior Producer Ian McCue, says: “Fireman Sam has been enjoyed by generations over the past 30 years and is a true icon of children’s television around the world. The show and brand continues to go from strength to strength with stories of bravery and action all rooted in the small and caring community of Pontypandy based in Wales. We can’t wait for fans to see the special Royal episode and the new series which will be out next year.”

The 30th anniversary celebrations continue with a special 30% off promotion on select goodies at Toys R Us and Smyths, a surprise appearance by Sam on Milkshake, and a birthday party at Mattel Play! Liverpool.

Originally created by ex-firemen Dave Gingell and Dave Jones, the show was first broadcast on Nov. 17, 1987, premiering with stop-motion episode “The Kite” in Wales. The show has since achieved worldwide success, being broadcast in 155 territories, translated into 36 languages. After 10 seasons, Fireman Sam comprises 188 ten-minute episodes and four hour-long specials. The brand, managed on YouTube by DHX Media’s WildBrain, has hit half a billion minutes of watch time per month on the platform, putting Fireman Sam into the top 5% of YouTube kids’ brands globally. Fireman Sam has 11 localized YouTube channels, including US, UK, Germany, Latin-America, Spain and Poland.

Fireman Sam is also a licensing powerhouse in Europe as the No. 1 property in Preschool Role Play across UK, France, Germany, Italy, Spain and Russia, and the ninth fastest-growing property YTD per NPD data. Master Toy rights are held by Character Options (UK) and the Simba Dickie Group, with a plethora of key partners across categories. Branded attractions featuring the character have been a hit at Mattel Play! Liverpool and Mattel Play! Town Dubai, with a third opening in Sevenum, The Netherlands next year. And the live show Fireman Sam Saves the Circus continues to be popular across Europe, bringing in more than 450,000 people in the past two years.

Jennifer Bennett, Senior Director Consumer Products, Europe, Mattel, said: “Fireman Sam is a wonderful wholesome brand that has an enduring popularity and continues rapid growth in continental Europe since its re-launch in 2014. We have best-in-class licensing partners and the success is proven by the NPD data which shows Fireman Sam to be the number 1 property in preschool Role Play categories across several European countries.” 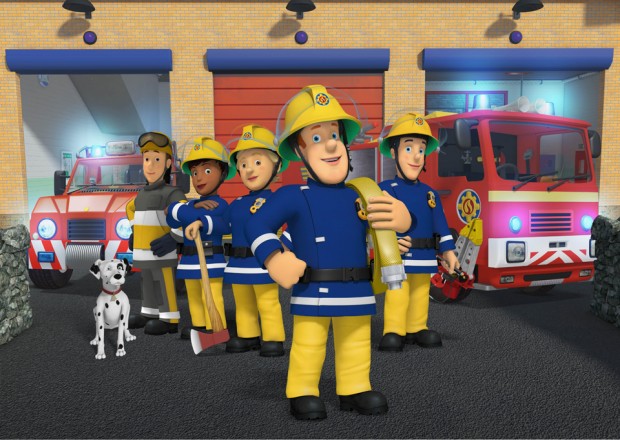