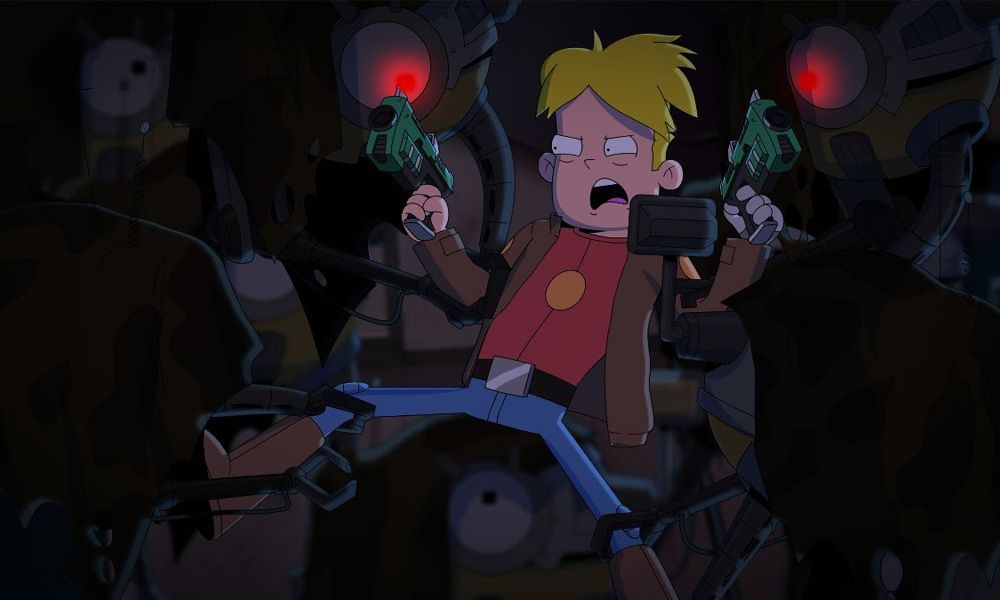 Calling all crew members, the ship is now preparing for take off. Keep an eye out for asteroids and black holes as Final Space season three lands Saturday, March 20 at 10:30 p.m. ET/PT on Adult Swim. The premiere announcement follows a first-look revealed in December, and comes with the news that seasons one and two will be available to stream on HBO Max starting March 1.

Picking up where things left off, season three brings unexpected twists and turns as Gary (voiced by series creator Olan Rogers) and the crew enter final space to rescue Quinn (Tika Sumpter). After discovering they are now trapped, the stakes get even higher as the crew must do whatever it takes to survive.

With Invictus (Vanessa Marshall) and Lord Commander (David Tennant) determined to capture Mooncake (Rogers) in an attempt to use him to grow even more powerful, Gary and the crew’s only hope is to team up with Earth’s sole survivor. Together they must find a way out before it’s too late.

Final Space is created by Olan Rogers and executive produced by Emmy Award-winner David Sacks (The Simpsons). The series is produced by Conaco and New Form. Animation is produced by ShadowMachine and Jam Filled.