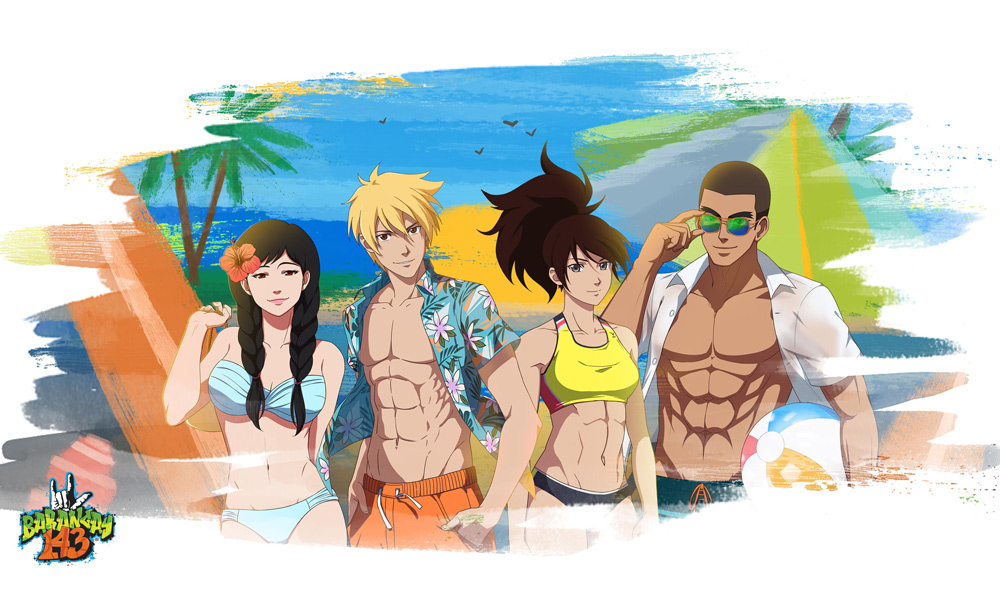 The first anime-style series to be created and air in the Philippines, Barangay 143 is back on broadcast, airing every Sunday on GMA 7 after its three-month break. The series, produced by Synergy 88 Entertainment Media (Philippines), August Media Holdings (Singapore) and TV Asahi (Japan), kicked off its return with the pilot telecast of the “Balik Barangay” special that recounted important highlights from episodes 1-8 and showed for the first time exclusive interviews from the directors and production team.

Fans across the Philippines shared their anticipation for the series’ return, with #BalikBarangay143 trending on Twitter. The show has enjoyed a growing TV viewership and online fan community nationwide since its October debut.

Barangay 143 tells the story of Bren Park, a young and rising basketball star in Korea who turns his back to everything that is important to him after a major event changes his life forever. The search for answers leads Bren to Manila, where he goes to live with his former nanny Tita Baby, in the gritty neighborhood of Barangay 143 in Tondo, Manila.