Disney Channel is debuting a new episode of its Emmy-winning Mickey Mouse shorts in honor of Mickey’s birthday, Wednesday November 18 at 8:00 p.m., ET/PT. The short, “¡Feliz Cumpleaños!” is entirely in Spanish, and features Danny Trejo (Machete) as the voice of Piñata Boss who, along with his piñata crew, is determined to ruin Mickey’s birthday party. Mickey, his señorita Minnie and their friends must find a way to stop the piñatas from ruining the celebration. 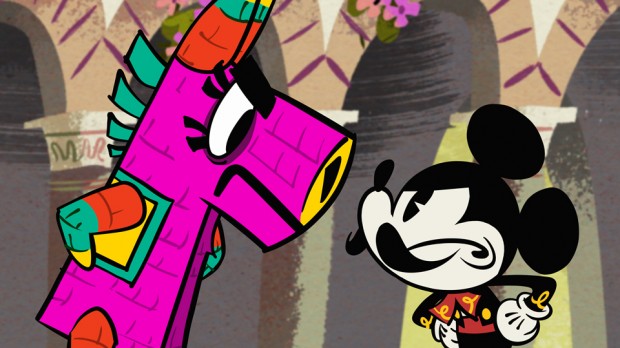