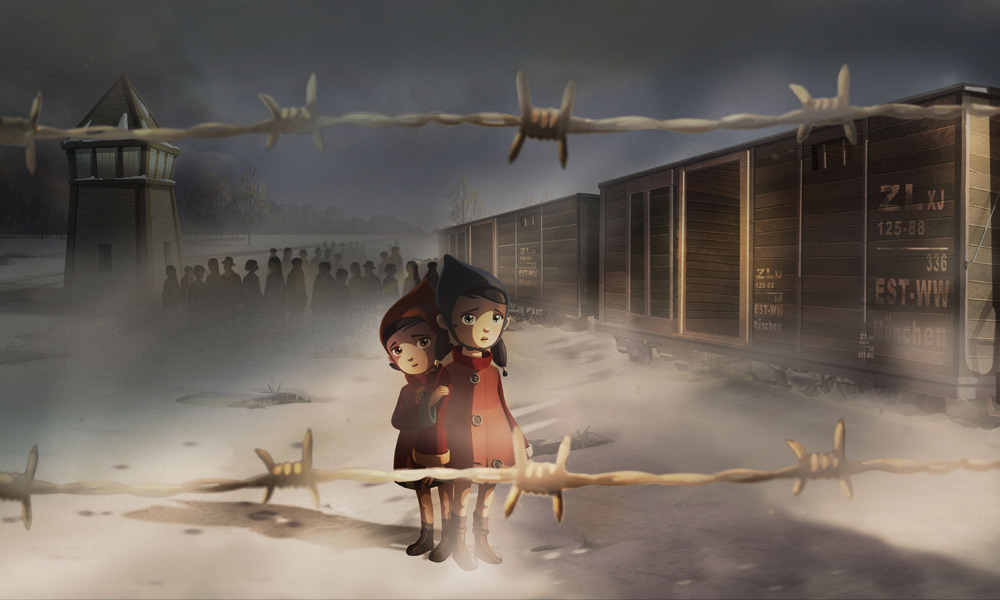 Federation Kids & Family has finalized a deal with Rai Com (the sales arm of Italian public broadcaster RAI), acquiring worldwide distribution rights outside of Italy to the unique and award-winning animated TV special The Star of Andra and Tati.

Winner of this year’s prestigious Banff World Media Rockie Award, The Star of Andra and Tati (26’) tells the breath-taking true story of two sisters, Andra and Tatiana, who as children were deported to Auschwitz during World War II.   Separated from their family, they were sent to a “Kinderblock” with their cousin, Sergio. Their perseverance and vigilance coupled with the care of another sympathetic prisoner enabled the sisters to survive, and ultimately be reunited with their parents in Italy! Andra and Tati’s story is intertwined with the experience of a modern-day school trip to that same concentration camp, which gives their lives and what they endured contemporary significance 75 years later.

The Star of Andra and Tati is produced by Rai Ragazzi and Larcadarte in cooperation with the Italian Ministry of Education, Universities and Research (Miur) and directed by Rosalba Vitellaro and Alessandro Belli.

“The Star of Andra and Tati encapsulates an incredible story of endurance and survival in the form of a powerfully emotive and visually entrancing animation which targets kids who are old enough to understand the consequences of the war. History is told with finesse and empathy. We are delighted to have signed this deal and to share this unique special with our buyers,” said Monica Levy, Senior Vice President, International Sales, Federation Kids & Family.