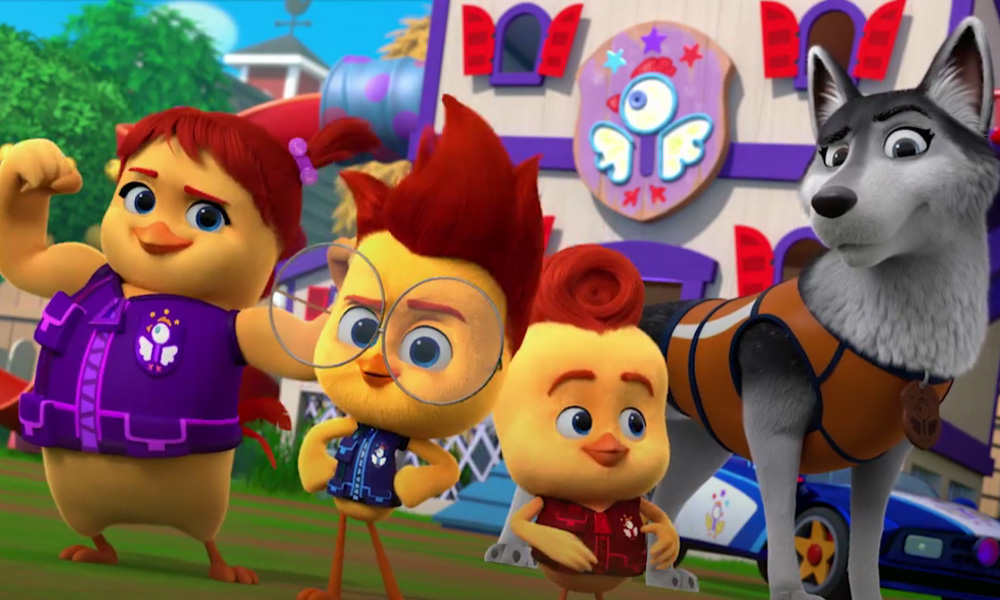 Disney Junior’s poultry-powered animated comedy-adventure The Chicken Squad is ready for its cock-a-doodle-debut this Friday, May 14 at 7:30 p.m. EDT/PDT. As previously revealed, the new series based on Doreen Cronin’s popular picture books will hatch with two back-to-back episodes, introducing families to the young chicken sibling stars Coop, Sweetie and Little Boo. Together with their canine mentor, Captain Tully, the chicks set out on problem-solving adventures in their backyard to help their animal friends.

“Captain Tully is a retired search and rescue dog. She kinda just helps them learn the ropes to make sure they’re ready for the new adventure that episode … It means a lot to me to be voicing Captain Tully because she is a strong, female mentor.”
– Yvette Nicole Brown (Community, Elena of Avalor)
“Dinah is the Chicken Squad’s loving mother, and I just love how much she loves her chicky-poos!”
– Melissa Rauch (The Big Bang Theory, Batman and Harley Quinn)
“Dr. Dirt is a scientist. She loves teaching the chicklets all about science — and how science can be so helpful, and it opens up a whole new world for them.”
– Jane Lynch (Glee, Wreck-It Ralph)