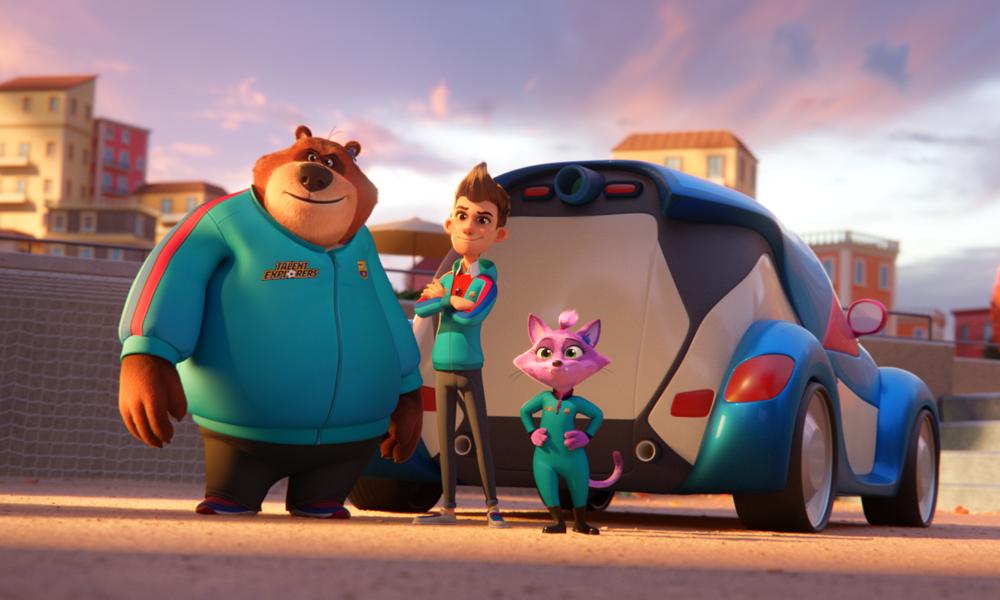 Barça Studios — the growing film and television content extension of the massive F.C. Barcelona soccer club — is teaming up with Sony Music Latin Iberia (whose media content division is now headed by Imira Ent. founder Sergi Reitg) for its first animation project: Talent Explorers. Reitg is producing the kids’ series with Barça Studios Director Paco Latorre, and the show will feature music by some of SMLI’s hottest international artists.

Talent Explorers stars 15-year-old human boy Max, kindhearted Roc the bear, and Lynds, a tech-savvy pink kitten. This motley crew travel the world searching for the next generation of soccer stars with their “talent meters” and other gadgets. In a teaser released Friday (set to “Tengo un sueño” by Spanish group Estopa), the gang discovers a six-year-old American girl named Lyli with a preternatural gift for dribbling the ball and performing Neymar-like tricks.

“This project also helps Barça Studios grow as an audiovisual content factory, by exploring a new terrain like cartoons. It means the club can create a new Intellectual Property (IP) that is dissociated from the players or from real-life competitions, which often limit the capacity for marketing content,” Dídac Lee, a board member responsible for F.C. Barcelona’s digital division, said in a statement.

Afo Verde, Chairman & CEO, Sony Music Latin Iberia, commented, “We love to see superstars from our roster both excited and eager to participate in this joint venture. Our very own Estopa is part of this teaser and we will be working with more of our great artists to produce the soundtrack for the series. This is just beginning.”