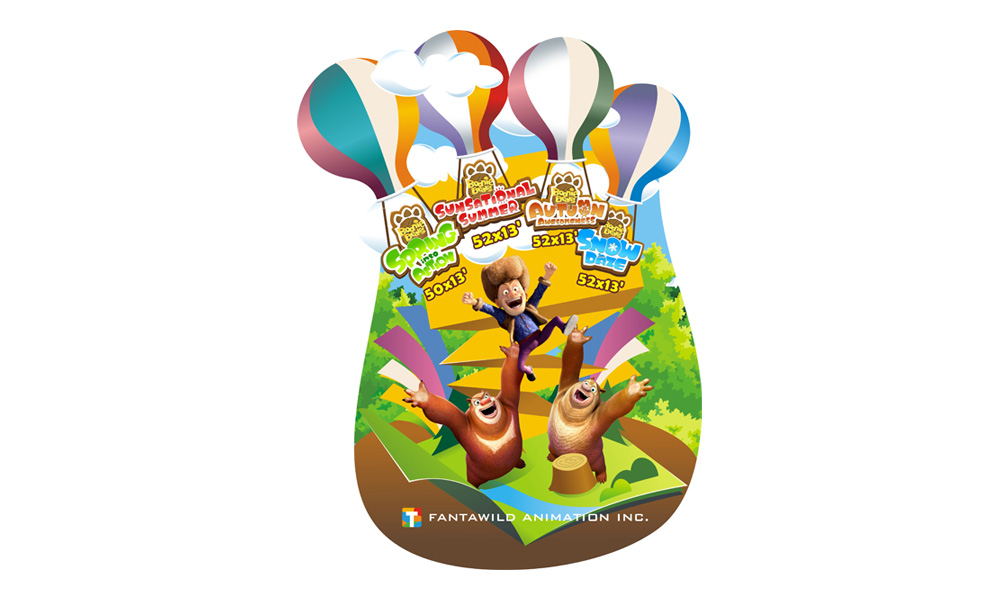 Animation studio Fantawild has sealed a deal with Media to Media in South Korea to bring its popular Boonie Bears series to Korean audiences. The distributor has acquired IPTV & VOD rights for two seasons of Boonie Bears: Four Seasons — Sunsational Summer and Snow Daze, a total of 104 episodes.

Four Seasons is part of the Boonie Bears franchise, which boasts more than 700 episodes and five hit movies that have earned more than $310 million in China. The show, previously sold to Netflix, has the distinction of being the highest-grossing TV series in the history of Chinese broadcast television.

The show will be available on SK Broadband’s SKBTV in May, one of South Korea’s top 3 IPTV players, and “oksusu,” its OTT streaming platform. This is the first outing for Fantawild’s signature brand on Korean TV.

“Both Fantawild and Media to Media are super excited about this,” said Daniel Bort, Head of International Office of Fantawild Animation. “Things moved really fast. We first met with them at ATF, and they loved our shows at first sight. It’s strange that it hadn’t happened earlier, but sometimes you just need to hit the right note at the right time.”

Boonie Bears is already known in Korea through its five films released theatrically in the territory. Fantawild also struck a distribution deal for its new film Fantastica with local distributor Activers, who plans to release it in theaters in 2019.

Fantawild Animation is a leading entertainment company in China, producing 52 to 104 episodes and one movie for Boonie Bears yearly. This flagship brand has lead Fantawild to establish an international footprint, been distributed to over 80 countries and available through Disney, Netflix and Sony.

“We have big plans lined up for 2019, and this is a wonderful start,” commented Bubble Tang, Fantawild’s Deputy Director of International Distribution. “We keep producing new content and having in-depth conversations with distributors globally. It is gonna be a really fruitful year.”

The sixth feature film installment of the franchise, Blast into the Past, is slated to open in the upcoming Chinese New Year on approximately 7,000 screens around China. It is anticipated to break the record set by the latest film, The Big Shrink, which totaled more than $97M in domestic box office.

Boonie Bears Blast into the Past Trailer Version 2 from Fantawild International Limited on Vimeo.