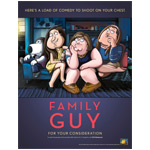 Last year, the Family Guy campaign featured an Emmy voter mailer which played up the stereotype of Jewish people running the entertainment industry and implored the “bloated, overprivileged” voters to let the show into their “little club.” Another mailer sent out in 2010 posed Peter in a recreation of the poster for Precious–the acclaimed, dark film about an overweight Black teen girl abused by her mother and impregnated by her father. The image was adorned with the phrase “Vote for us or you’re racist,” with the mailer also continuing a list of the series’ writers grouped by ethnicity and sexual orientation. 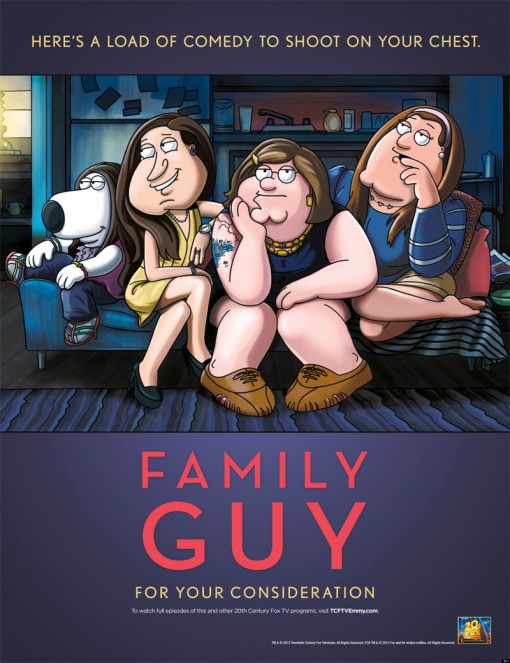