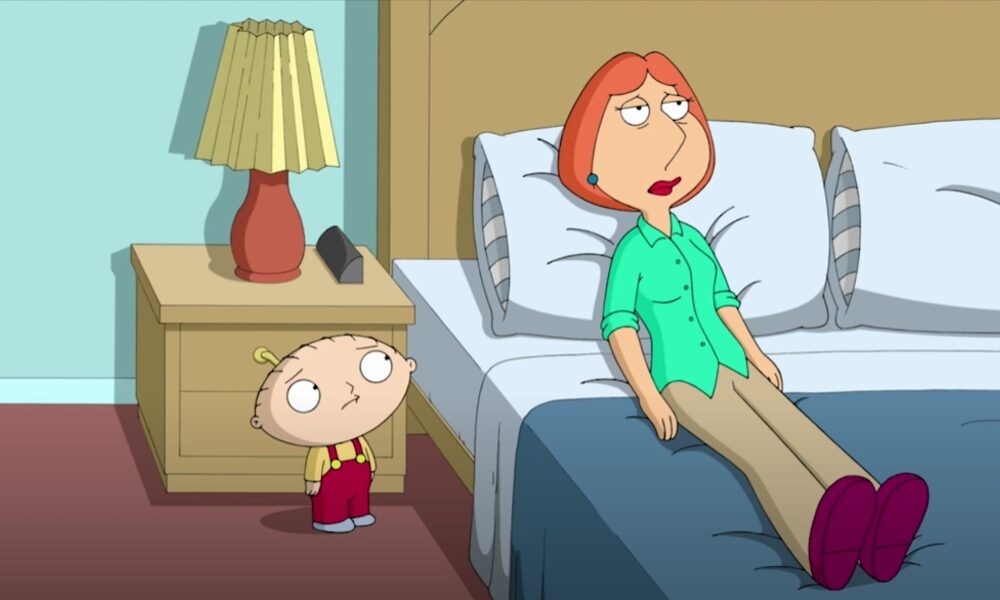 Fox animation anchor series Family Guy has introduced many memorable gag characters over the last two decades. This weekend, Quahog’s mustachioed jack-of-all-trades Bruce (voiced by Mike Henry), known for popping in with a timely “Oh, no!”, took the spotlight and officially came out as gay in the season 19 episode “Meg’s Wedding.”

The story sees Meg Griffin (Mila Kunis) desperate to find a date for the school dance, and starts dating Bruce, despite her family saying that he is “obviously gay.” With Bruce’s homophobic family pressuring him to be straight, the two get engaged, but Meg calls off the wedding and encourages Bruce to come out. Bruce ends up having a dream wedding in a parking lot to the love of his life, Jeffrey — another recurring character (also played by Mike Henry) who has often appeared with Bruce to add his catch phrase “I know!” — officiated by Peter (Seth MacFarlane), of course.

And then the Kool-aid man crashes through the wall, sees Bruce and Jeffrey embracing, and backs away clutching a Bible while muttering “Oh no no no.”

Back in January 2019, the episode “Trump Guy” saw Peter tell a cartoon version of Donald Trump that the show was trying to “phase out” jokes at the expense of the LGBTQ+ community. The shift was confirmed by exec producers Alec Sulkin and Rich Appel as well as series creator MacFarlane. “Some of the things we felt comfortable saying and joking about back then, we now understand is not acceptable,” Sulkin told TV Line in January 2019. “The climate is different, the culture is different and our views are different.”

In an October 2019 episode, “Disney’s the Reboot,” a focus group member asks after a scene where characters joke about Peter’s sexuality, “I thought I read you guys were phasing out gay jokes?” To which Peter replies, “That quote was taken out of context and widely misunderstood.”

The adult-targeted sitcom’s sense of humor has drawn criticism and stirred its share of controversy in the past 21 years. In 2010, LGBTQ+ media watchdog organization GLAAD released a statement about the episode “Quagmire’s Dad,” citing the predominant community opinion that it was “incredibly offensive to transgender people.”

Bruce made rare appearances in the first few seasons of Family Guy, but became a more prominent recurring character over the years. Jeffrey was introduced in the season 6 episode “Lois Kills Stewie,” and Bruce has made allusions to wanting to get hitched before — notably in S17’s “Married … with Cancer”: While officiating Brian’s ceremony, he sighs, “Yet another wedding I’m on this side of, Jeffrey,” adding, “We’re just waiting for his mama to die.”