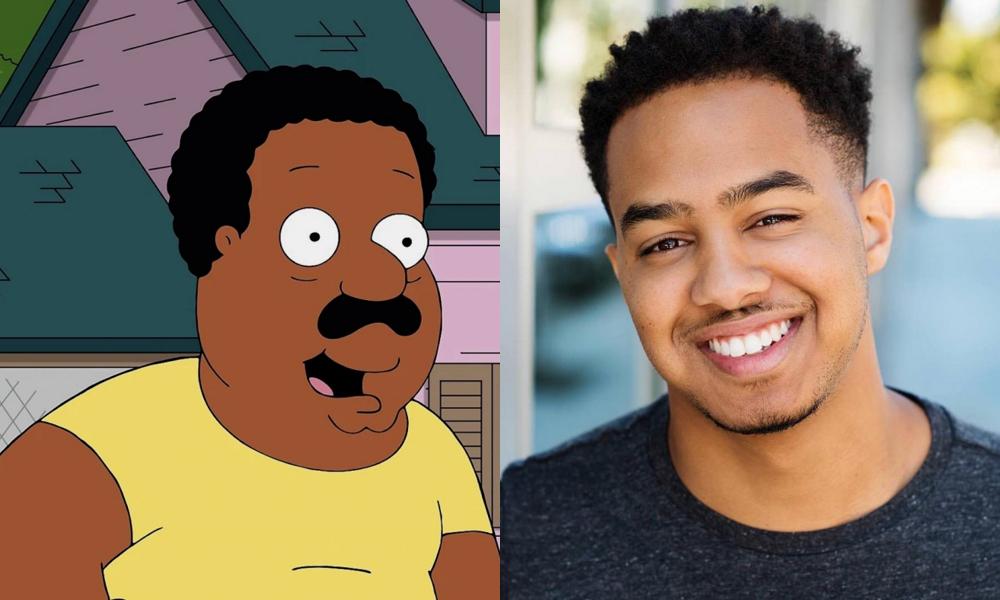 Speculations to the successor of Mike Henry in the role of Cleveland Brown on FOX primetime toon favorite Family Guy can come to an end, with the network announcing this morning that Arif Zahir has been awarded the part. He will begin voicing the character for Season 19 episodes which have just begun production. The already completed episodes of Season 18 (which begin broadcasting Sunday night with the show’s milestone 350th) will continue to feature Henry as Cleveland.

Henry, who has played the character since the show debuted in 1999, announced in June that he was stepping down to make room for a Black actor. He still plays Herbert and other recurring characters on Family Guy and American Dad! (both created by Seth MacFarlane).

“I welcome Arif to the Family Guy team,” Henry commented on the announcement. “Arif’s vocal talent is obvious, but his understanding of Cleveland and his respect for the character give me confidence that he is in the right hands. I look forward to getting to know Arif and working with him to make sure Cleveland stays every bit as awesome as he has always been.”

Zahir remarked, “Firstly, I’m eternally grateful to have received this once in a lifetime opportunity. When I heard that Mike Henry was stepping down from the role of Cleveland Brown — my favorite cartoon character of all time — I was shocked and saddened, assuming we’d never see him again. When I learned I would get to take over the role? Overabundant gratitude. To Mike, you created something truly special and I promise I will do my absolute best to honor your legacy. To Rich Appel, Alec Sulkin and Seth MacFarlane, thank you for this incredible gift. And to the millions of fans who love this show, I promise not to let you down.”

Zahir is repped by CAA.