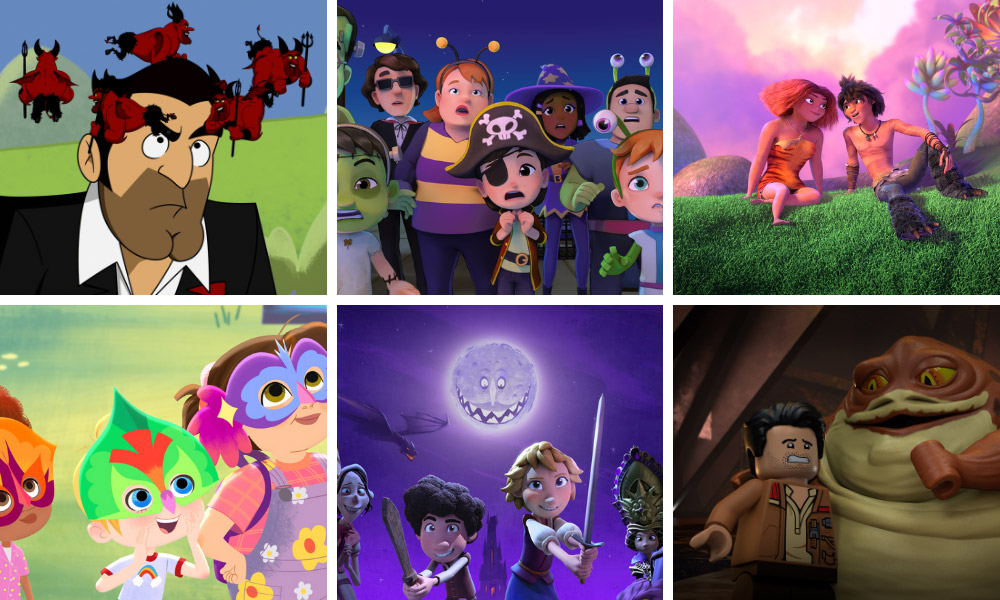 The week is off to a busy start after the holiday weekend, with a flurry of new trailers and image reveals for streaming titles rolling out in the near future, including family treats and Halloween tricks for all ages.

The next evolution of a beloved DreamWorks Animation franchise, The Croods: Family Tree received its official trailer today ahead of its September 23 premiere on streaming platform Peacock. Inspired by the blockbuster feature The Croods: A New Age, the six-episode, CG-animated series continues the story of the Croods and the Bettermans as they learn to live together on the most idyllic farm in prehistory. The journey from sparring rivals to unlikely friends is fraught with hilarious misadventures as the two families slowly overcome their differences to turn a tree house divided into a tree home united.

Disney+ is creeping into Halloween season with the trailer debut for LEGO Star Wars Terrifying Tales, an all-new animated special from Lucasfilm and The LEGO Group, animated by Atomic Cartoons, premiering October 1. Poe (Jake Green) and BB-8 must make an emergency landing on the volcanic planet Mustafar where they meet the greedy and conniving Graballa the Hutt (Dana Snyder) who has purchased Darth Vader’s castle and is renovating it into the galaxy’s first all-inclusive Sith-inspired luxury hotel. While waiting for his X-wing to be repaired, Poe, BB-8, Graballa and the Hutt’s plucky mechanic Dean (Raphael Alejandro) venture deep into the mysterious castle with Vader’s loyal servant, Vaneé (Tony Hale).

Along the way, Vaneé shares three creepy stories linked to ancient artifacts and iconic villains from across all eras of Star Wars: “The Lost Boy,” the story of how a young Ben Solo first meets Ren; “The Dueling Monstrosities,” which imagines how Darth Maul and General Grievous were reborn; and “The Wookiee’s Paw,” which gives a look at what might have happened if all of Luke Skywalker’s greatest wishes were immediately granted. The special is sure to leave fans with spine-tingling chills and goose-bricks. As Vaneé spins his tales and lures our heroes deeper into the shadowy underbelly of the castle, a sinister plan emerges. With the help of Dean, Poe and BB-8 will have to face their fears, stop an ancient evil from rising, and escape to make it back to their friends.

The voice cast also features Christian Slater as Ren, Trevor Devall as Emperor Palpatine, Mary Elizabeth McGlynn as NI-L8 and Matt Sloan as Darth Vader. David Shayne is the writer and an executive producer, and the director is Ken Cunningham.

Fright fans of all ages also have plenty to look forward to in the “Netflix & Chills” slate of new movies, series, seasons and specials heading to the global streaming giant. Animated highlights include two new family-friendly specials: A Tale Dark & Grimm and Sharkdog’s Fantastic Halloween.

A Tale Dark & Grimm follows Hansel and Gretel as they walk out of their own story into a winding and wickedly witty tale full of strange — and scary — surprises. The series is produced in partnership with Boat Rocker Studios in association with Novo Media Group and Astro-Nomical Entertainment. Animation services by Boat Rocker’s Jam Filled Entertainment. Announced back in June, the CG-animated adaptation of the best-selling book series by Adam Gidwitz debuts October 8 on Netflix. 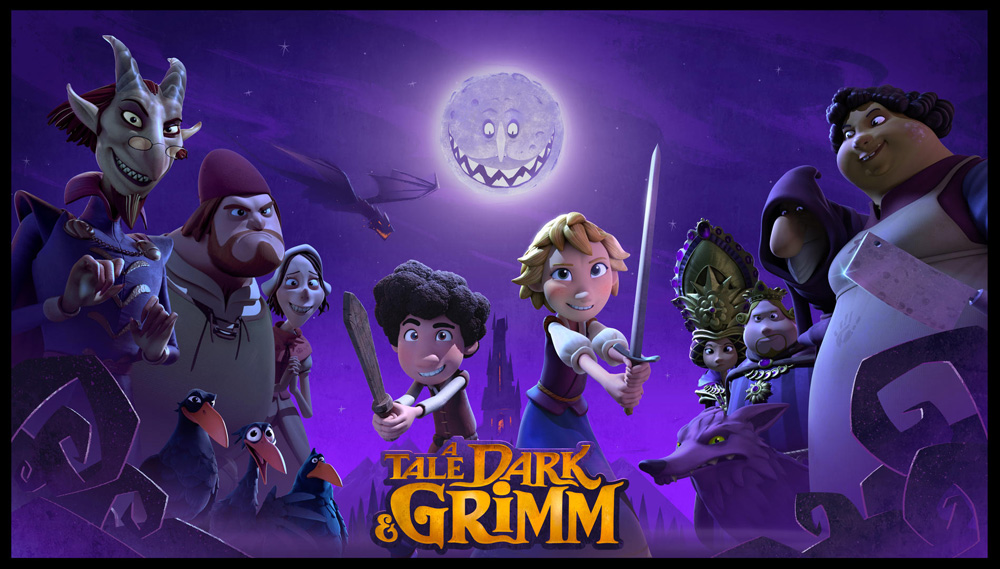 Presaging the ViacomCBS International Studios animated series, the Sharkdog’s Fantastic Halloween special premieres October 15. Based on first-time Singaporean creator Jacinth Tan’s project for Nickelodeon’s Global Animate Shorts Program, Sharkdog (20 x 7′) follows 10-year-old Max and his best friend Sharkdog — half shark, half dog, all appetite. Blissfully unaware of his own strength, stealth and general sharkiness, Sharkdog often leaves a trail of chaos in his wake. But, like all good half-dogs, he’s Max’s BFF and Max is his. 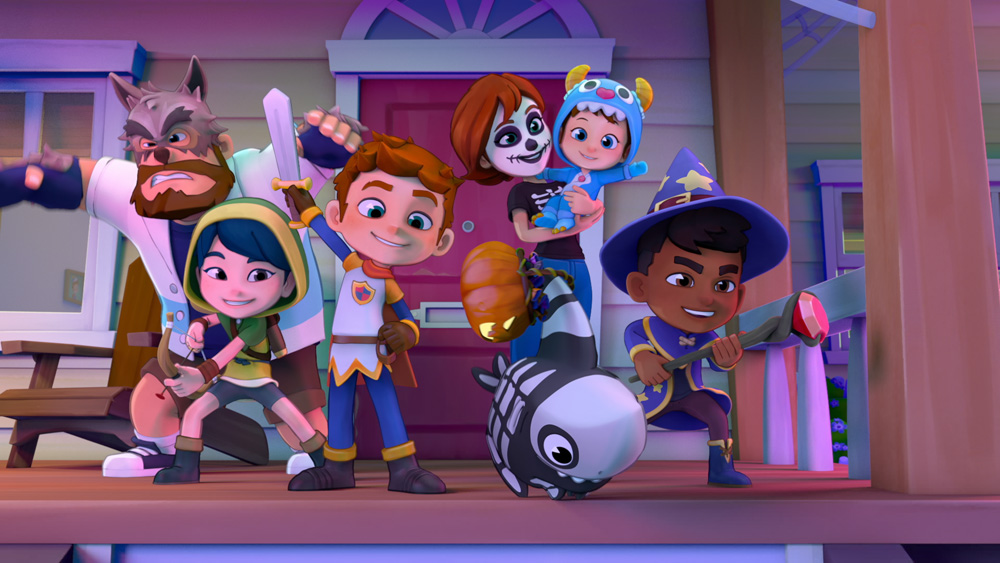 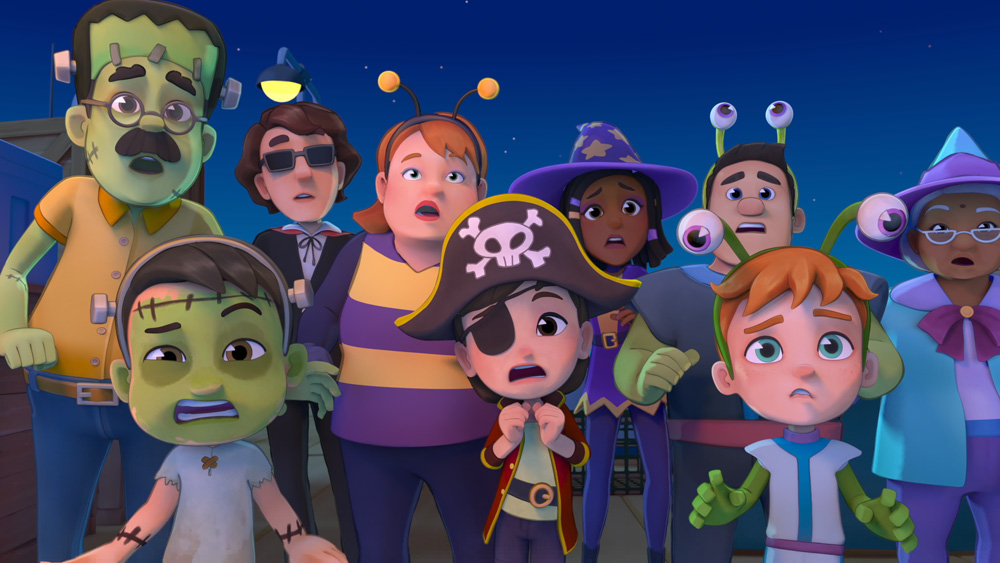 We also got a look at more images from the 2D-animated episode of Lucifer Season 6, which promises classic cartoon gags in addition to the supernatural action of the DC-inspired show — starring animated avatars of Lucifer (Tom Ellis) and Chloe (Lauren German). The final season debuts on Netflix this Friday, September 10. Watch the previously revealed S6 trailer here. 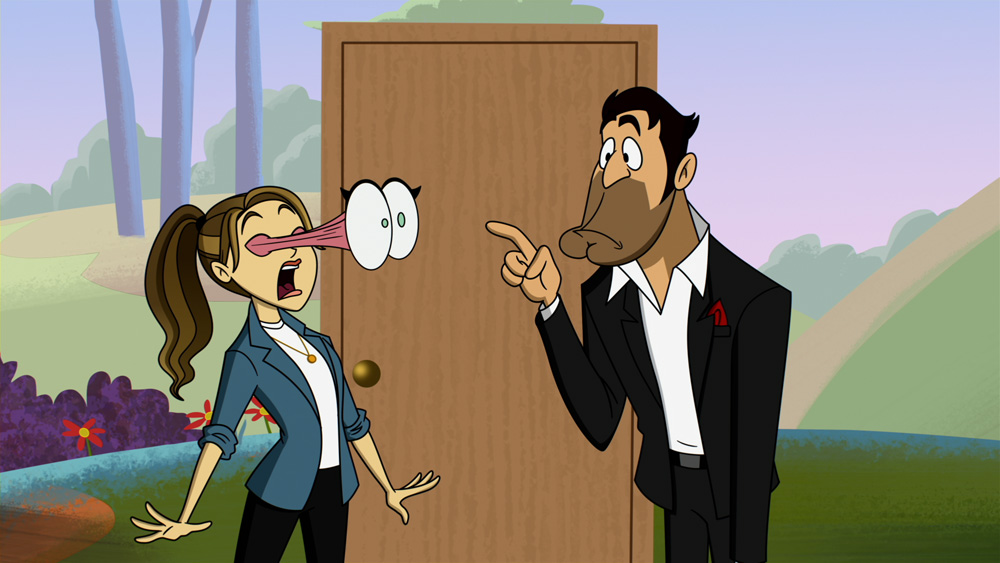 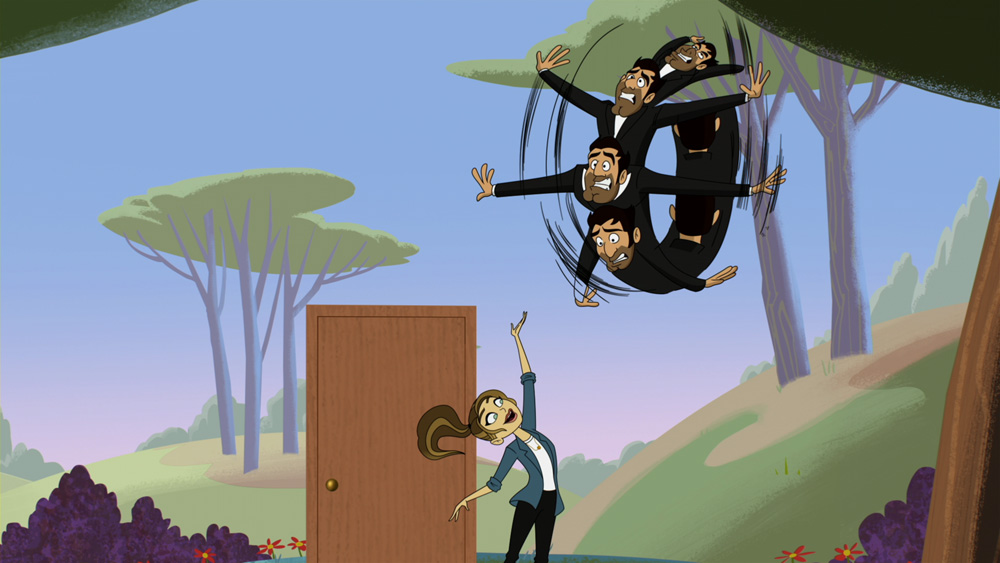 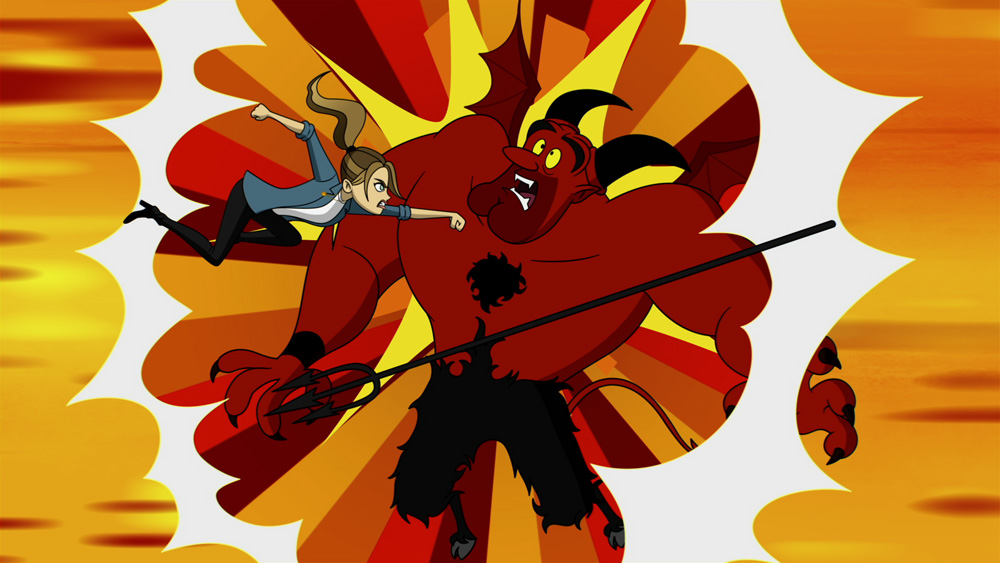 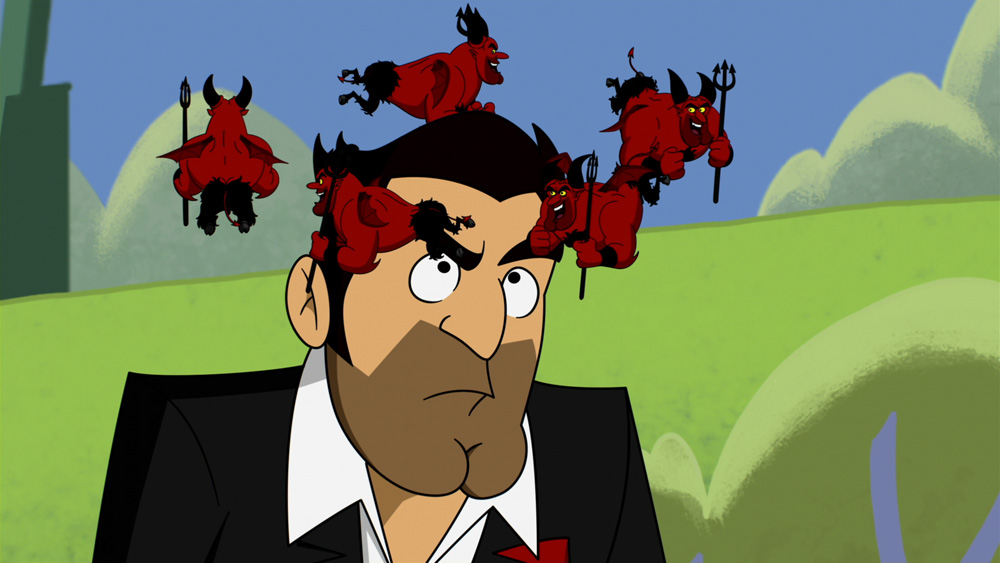