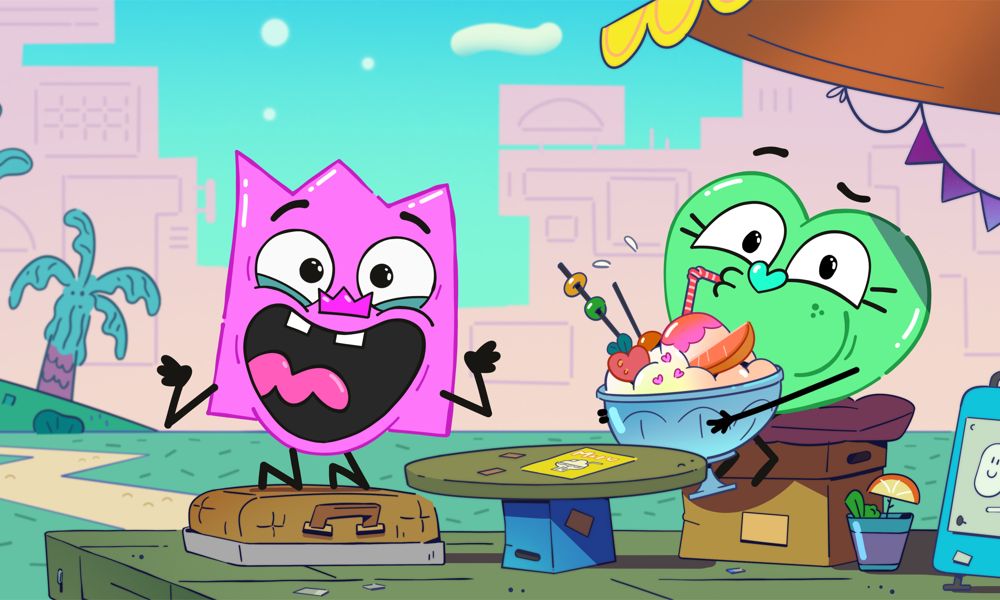 The deal also sees Nelvana handling international distribution rights to the series, excluding the U.K. and the Nordics which are retained by Eye Present and Gigglebug Entertainment, respectively. The latter have already secured a raft of national public broadcasters in the Nordics: YLE, DR and NRK were all early adopters of the project. The series will also air on a Corus Entertainment kids’ network in Canada, to be confirmed at a later date.

“The world of Best & Bester, where anyone can be anything, gives our animators and composers endless opportunities and the creative freedom to let our imaginations soar,” said Athena Georgakalis, Head of Development, Nelvana. “This series is a welcome addition to our production slate and we know audiences around the world will resonate with this ragtag group of friends as their hilarious hijinks lead them to learn about self-discovery, empathy and embracing each other’s differences.”

Surprising, smart and spirited, the 52 x 11′ series for kids aged 7-11 takes the idea of choices and comparisons to ridiculous heights. Best and Bester are siblings and best friends obsessed with comparing the best things of all time while enjoying the power to transform themselves into anything they want, once a day – if only they can figure out what the best thing to be actually is!

Currently in production and set for delivery in Spring 2022, madcap buddy comedy Best & Bester is the latest Gigglebug Entertainment show designed to spread joy to its audience and inject Nordic positivity and creativity to kids around the world. Nelvana will direct and produce the animation, music and post-production, with its creative editorial input headed up by Georgakalis at Nelvana. Scripting, storyboards, animatics and voice recording will take place at Eye Present in the U.K., with art direction, design, rigging, layout, and backgrounds at Gigglebug Entertainment in Finland.

The series is directed by Kitty Taylor (Dennis & Gnasher, Charlie & Lola) and produced by Georgia Dussaud (Watership Down, Floogals, Bob the Builder). Executive producers are series creators Harlin and Utti for Gigglebug, Genevieve Dexter and Jules Coke for Eye Present and Colin Bohm and Pam Westman for Nelvana.

“It has been my pleasure to secure this deal which puts us in full production with delivery completing in Autumn 2022. Eye Present is now seeking other broadcast partners for the U.K. in addition to Nickelodeon International to maximise the brand potential here,” said Dexter, CEO of Eye Present.

Following their recent announcement of the greenlight of Yellow Yeti with partners Zodiak and Disney, Utti and Harlin of Gigglebug Entertainment are thrilled with this exciting start for their latest creation.

“We have the power to make the world a more joyful place through storytelling, so we could not be more proud than to have Best & Bester headed for such a prestigious platform and signed to leading global distribution partners. It’s yet another exciting development for us on our mission to spread laughter, fulfilling our ambitions as creators and producers. Now, as we expand into a brand-new studio, we are setting even bigger and bolder goals!” said Harlin, Executive Producer and Co-founder of Gigglebug Entertainment.