Disney Channel’s Pixie Hollow Games brings back the popular characters of the franchise in a new action-packed special.

The team at Disney knew it had hit the jackpot when they launched the Fairies franchise back in 2005. With the force of the company’s merchandising arm behind them, the winged friends began their CG-animated feature debut with Tinker Bell in 2008, which set sales records and became the best-selling original DVD of the year. In the falls of 2010 and 2011, Peter Pan’s temperamental friend reappeared in two more animated adventures, Tinker Bell and the Lost Treasure and Tinker Bell and the Great Fairy Rescue. This year fans can look forward to a new Disney Channel half-hour special, which continues to chart the adventures of the magical creatures. 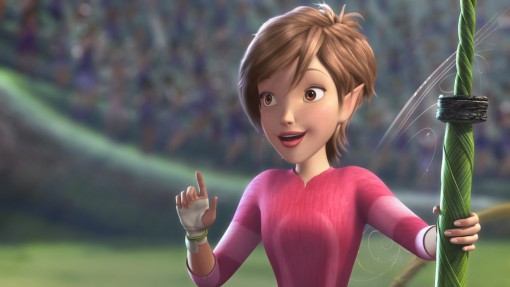 Titled Pixie Hollow Games, this special outing is exec produced by John Lasseter and directed by Disney veteran Bradley Raymond, who also directed the first and third Tinker Bell DVD movies. The adventure finds the Pixie Hollow residents preparing for the three-day Olympic-style competition event, which culminates with one fairy guild being named champion of the Games. Yes, the fairies get to participate in little-known sports such as dragonfly waterskiing, pixie cart derby races, frog leaping and mouse polo—you’ll have to watch the show to understand the intricate rules! 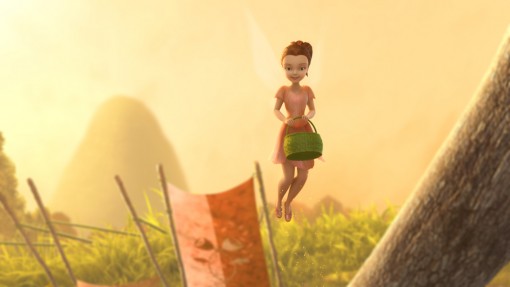 Raymond tells us that because he’s always been a big sports fans, he thought it would be a lot of fun to see the Fairies involved in a big sporting event in Pixie Hollow.

“I grew up in Denver, and we were all big sports fans in my family,” he says, “My dad played college football and my mom and two sisters were all huge sports fans, so this was a perfect project for me.” 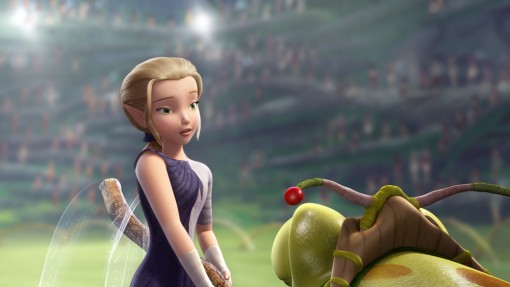 Working in a shorter format than his other previous projects allowed Raymond and his team to boil down the story to its essentials.

“What I liked about it was that we were aiming for a certain length, so we couldn’t make it any shorter or longer,” he explains. “It makes you tell the story quicker and you have to make the decision regarding the scenes, whether you really need them or not. This experience will also help me in the long-from projects as well.” 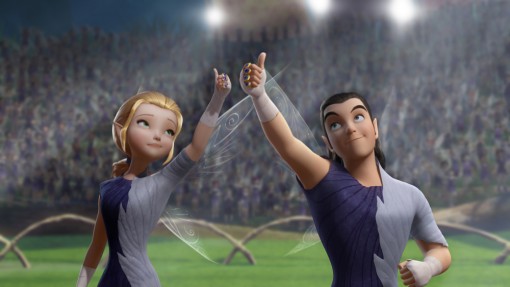 Animated at Mumbai-based Prana Studios, the special has the outstanding polished CG animation audiences have come to expect from Disney productions. Raymond also points out that despite its shorter running time, Pixie Hollow Games feels quite cinematic.

“We get to see the back side of the Pixie Dust trees, and through each sporting event, we see parts of this world that we haven’t seen before,” he explains. “You are witnessing this big event and you put the audience in the shoes of each of the characters. Rosetta, who is played by Megan Hilty—the part was previously played by Kristin Chenoweth—is the main character in this story. She doesn’t like mud or getting dirty, but she becomes an unexpected team player, and along with Chloe (a new garden fairy, voiced by Brenda Song) become this underdog team. It’s really a great fish-out-of-water story, with lots of humor and a lot of heart.” 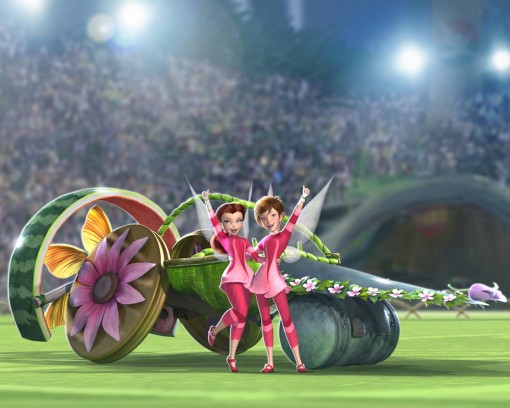 Raymond also mentions that it’s been a blast working with the special’s top-notch voice cast, which include Mae Whitman, Lucy Liu, Raven-Symoné, Zendaya, Jason Dolley, Tiffany Thornton, Jesse McCartney, Angelica Huston and Jane Horrocks, to name a few. Also new to the project are Clank (Jeff Bennett) and Bobble (Rob Paulsen) who are the one-of-a-kind announcers that provide colorful commentary to the proceedings.

When asked about Tinker Bell’s future ventures, Raymond lets us know that her next big movie Tinker Bell and the Secret of the Wings will be ready for the holiday season in 2012. In that feature, which will be directed by Peggy Holmes, Tink and her friends venture to the mysterious Winter Woods. We have a feeling that that our favorite sprite will not let the cold weather dampen her spirits at all.

Pixie Hollow Games will premiere on Disney Channel on Saturday, November 19 at 7 p.m.