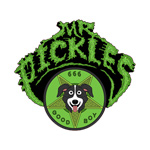 If you’ve seen Mr. Pickles on Adult Swim, it’s unlikely you’ll forget it any time soon. And that’s saying something for the network that gave the world such oddities as Aqua Teen Hunger Force and Superjail.

But the new quarter-hour series, created by Will Carsola and Dave Stewart, finds some crazy new depths to plumb. The series is nominally a spoof of the “smart dog” genre, best exemplified by Lassie. But in this version, the dog — named Mr. Pickles because he loves to eat pickles — is seriously evil and only a few people seem to notice.

Yes, this is a show in which a dog will speak in satanic tongues, bathe in rivers of blood and pop out of a cake with chainsaws he uses to behead the revelers — and then dance with their severed heads on his paws.

Clearly, this is not for everyone — but for those who do appreciate it, it’s impossible not to laugh at this show.

We caught up recently with Carsola and Stewart to talk about the show, which is airing its 10-episode first season Sunday nights at 11:30 on Adult Swim.

Animation Magazine: We have to start by asking, where did this crazy show come from?

Will Carsola: We had been showing Adult Swim some things that we were interested in making into a show, and they wanted to do something with us. They asked us to write up five new ideas. And the way Dave and I write is we just write for 10 or 20 minutes straight and then we play back our ideas and try to make the other person laugh, and then one of those ideas will stick every once in a while. Sometimes it’s a show idea, a story idea or a joke idea, and, in this case, it was a show idea and one of those ideas was called Mr. Pickles, a Lassie kind of show with the hero dog who loves pickles and is evil.

Animag: Where does the sense of humor come from?

Dave Stewart: I think that’s such a general thing for us, or a broad question, because I think we pull from everything. We have a hatred for pop culture that we share, but there are social undertones in all our episodes. We don’t hit it on the head super hard but even though it’s a pretty aggressive show, comedy-wise, we still like to hit on some social things here and there. It could be obesity in one episode, or plastic surgery in another. The great thing about comedy is shedding those things that might be in your face every day in a new light for people. We just try to go about those things in a very aggressive way.

Carsola: Our comedy was originally influenced by, really, me and Dave trying to make each other laugh. And then we started making sketch comedy. We didn’t know what we were doing. There was nobody around us making comedy, nobody around us making any kind of videos either. We were at the time making music videos, skateboarding videos and comedy videos, just kind of figuring it out. And then we watched Mr. Show and I know that inspired me a lot. From there I started being even more interested in comedy.

Stewart: I think, a little to what Will said, it still stands here today, too. When we’re writing things, we’re ultimately coming down to: If we make each other laugh, then we’ve got something good. That’s our bar, our filter. Once we get past each other, it’s pretty good to go.

Animag: What do you like about working in animation?

Carsola: You can do things you can’t do in live action, for one. I know for me, I’ve always drawn characters since I was a little kid so it’s cool to draw a character and see it come to life and do things you can’t do in live action. Also, you can constantly add jokes. I have a lot of background jokes in these episodes, and if you’re filming, what you film is what you have. And here, here you can constantly add a new character in the background doing something funny, you can always make things look better in animation over time.

Animag: Is there an overall plan for the season or for the show in general?

Stewart: They all stand alone, but they are all leading up to the finale, actually. Everything everybody wants to see, we reveal in the finale. Beyond that, I think you can tune into any episode and enjoy it from beginning to end. You wouldn’t be lost. We like a complete story in each episode.

Animag: Do you have any favorite moments or experiences from the first season?

Carsola: Yes, but I think all of them would give away something!

Stewart: I think something that was really great for us overall was some of the people we got to work with. Even a couple of the guys from Mr. Show: Jay Johnston does one of the main voices on the show and John Ennis has come on, too. 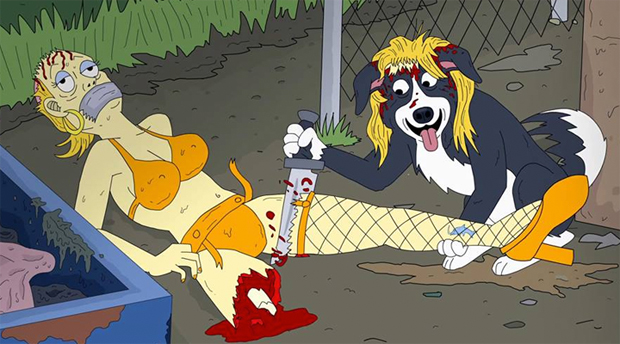