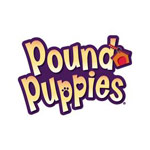 New episodes of Hasbro Studios’ Pound Puppies will begin airing on The Hub at the end of the week, following the week-long “Dog Days of Summer” primetime family film program on the channel. The first new episode, debuting Saturday, August 13 at 9 a.m., is titled “My Fair Rebound” will star Betty White recurring as Agatha McLeish, who enters Rebound in a dog show to prove to her friend that her dog is top dog.

Watch an exclusive preview of this episode below:

Pound Puppies is a Hub original series based on the popular ‘80s franchise. The show follows a team of fearless dogs whose mission is to find homes for puppies in need and whose motto is a “A pup for every person and a person for every pup.” While seemingly “average” dogs, the Pound Puppies run Shelter 17 in the dark while helping their fellow canines find loving families. The series stars Eric McCormack, Alana Ubach, Michael Rappaport, John DiMaggio and Yvette Nicole Brown.