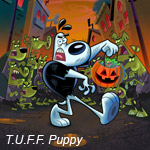 In the seasonal special, Snaptrap and his thieving cohorts steal all the Halloween candy in Petropolis. Meanwhile, Keswick creates a candy-craving horde of zombies—it’s u to Dudley and Kitty to sniff out the villains and fight off the sugar-jonesing undead before Halloween is ruined. Check out the super cute sneak peek clip below:

T.U.F.F. Puppy is a 2D animated series created by Butch Hartman (Fairly OddParents) about Dudley Puppy (voiced by iCarly’s Jerry Trainor), an average canine who finds himself accidentally thrust into the role of secret agent for an underground crime-fighting organization. With his feline partner Kitty Katswell, Dudley fights to protect the town of Petropolis and the rest of the world from the evil animal organization, D.O.O.M. (Diabolical Order of Mayhem). 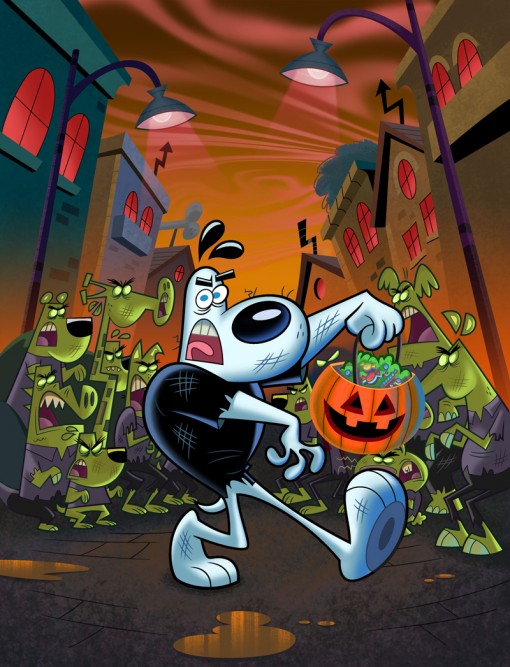