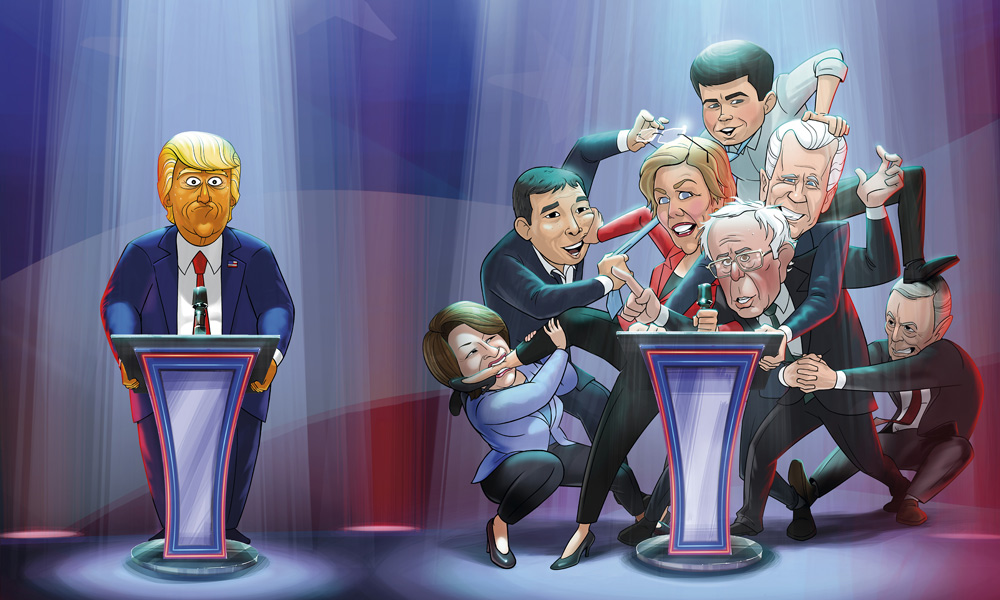 Showtime has stepped up to the podium to present the key art for season 3 of irreverent White House comedy Our Cartoon President, created by Stephen Colbert. The poster spotlights an unphased POTUS taking the debate stage opposite a snarl of tussling Democratic candidate hopefuls — looks like this animated lampoon is about to get real.

The new season premieres January 26, and will touch on all the major points of the upcoming U.S. Presidential election: The race for the Democratic nomination, Trump’s impeachment trial, and the billionaire bids for conrol of the election. Our Cartoon President utilizes super-fast, state-of-the-art animation techniques to keep up with the latest political plot twists each week — the team writes, records, animates and edits cold opens in a matter of hours — making it one of the fastest-turnaround animated series on TV. 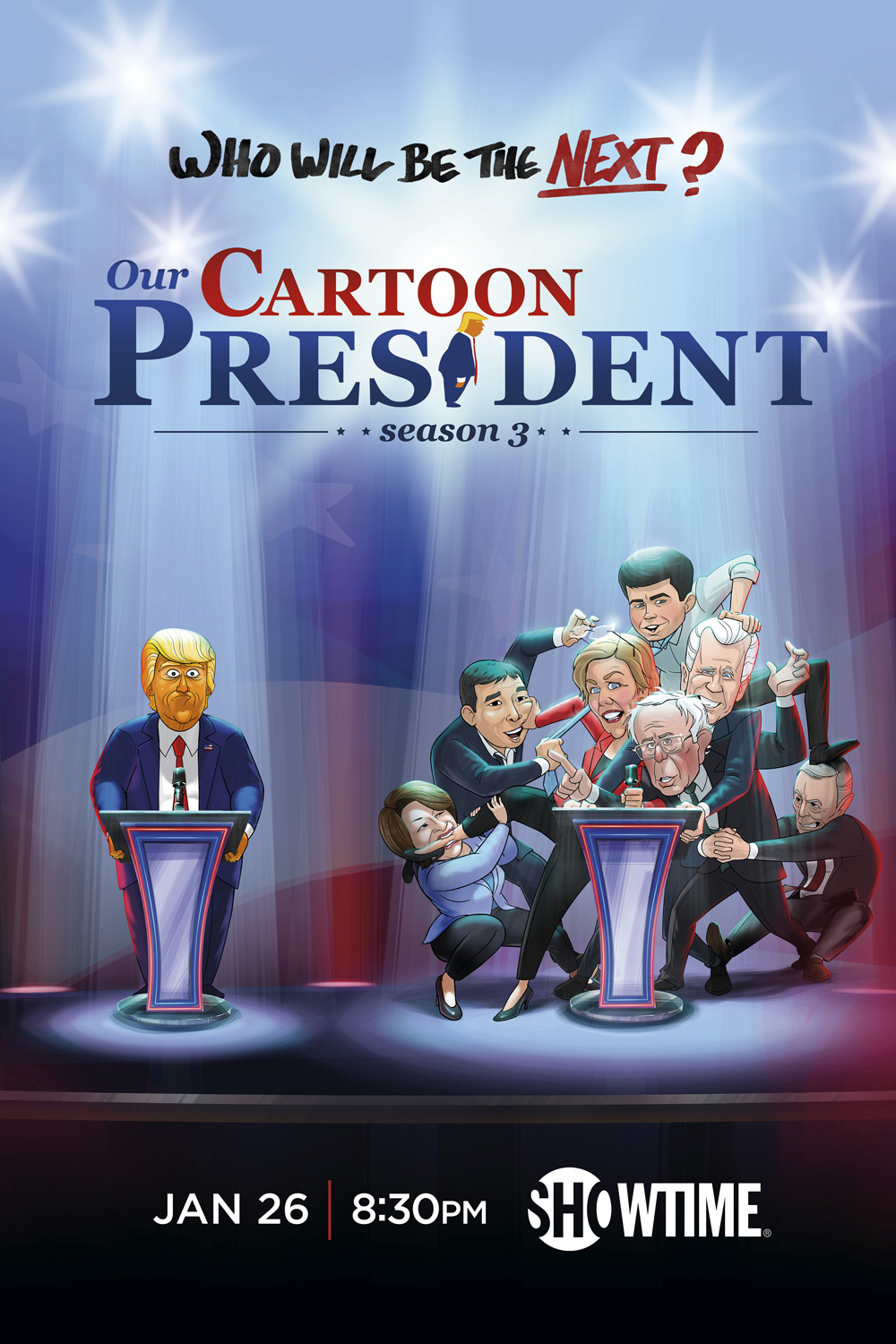