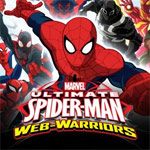 If you needed proof that the crossover gates between Disney and Marvel have been swung wide open, then this Friday’s episode of Marvel’s Ultimate Spider-Man: Web Warriors should settle the matter.

The Halloween-themed episode finds Spidey encountering an animated version of the cast of the Disney Channel live-action comedy Jessie. In the episode, Jessie finds herself in possession of a medieval sword coveted by the infamous Morgan Le Fey and teams up with Spidey to save Halloween and the world from Le Fay’s evil plans.

We’ve got a pair of exclusive first looks at the episodes. 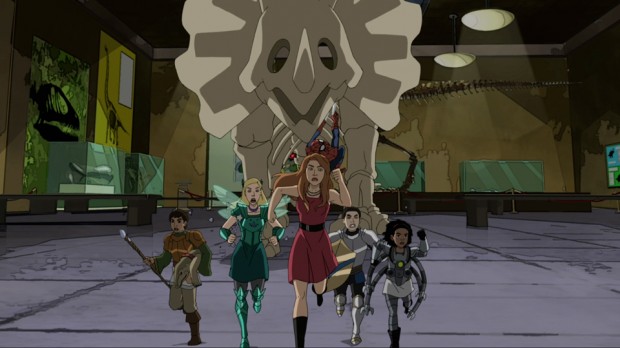 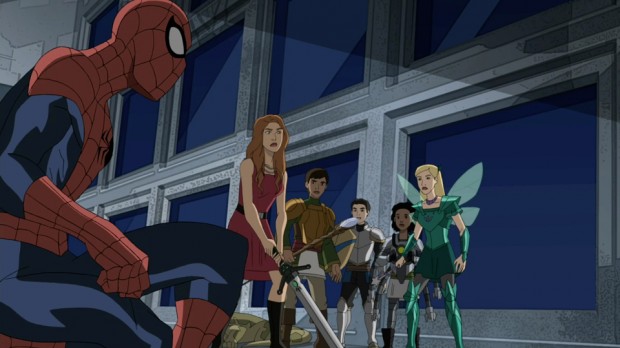 This is the first crossover between a Marvel property and a live-action Disney Channel series; Marvel characters previously crossed over with the animated Phineas and Ferb.