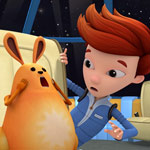 Next month, two new stellar STEM-inspired animated adventures will debut on PBS KIDS, with fresh episodes of Wind Dancer Films’ Ready Jet Go! premiering Oct. 9 and 19. And we’ve got two charming clips to share with you below, which show the series’ stars testing the silence of space, and enjoying the comforting magic of a mother’s lullaby.

The upcoming premieres are:

Oct. 9:
“Castaway Carrot” – After an afternoon on the Moon, Celery, Jet, and Sunspot discover, as they fly to Earth, that they have mistakenly left Carrot on the Moon! Then the saucer malfunctions and they receive news of a possible solar storm headed their way. In a nail-biter, Jet and Sunspot do a mid-outer space repair job – as per Celery’s instructions – with Carrot comically adapting to the Moon environment. In the end, the saucer is fixed, Carrot is rescued, and the solar storm heads in the opposite direction.

“Jet Can’t Sleep” – The Propulsions are woken up when a loud thunderstorm hits the neighborhood one evening. They gather in the kitchen as the noisy storm rages on, and Jet is too excited to go back to bed. Carrot, Celery, and Sunspot are sympathetic – they’re in the same boat! During the night, they all learn about Earth storms as compared to storms on other planets. And then they try to get Jet to fall asleep, a seemingly impossible task. They use more and more absurd methods, until Celery has a conventional Earthie solution: sing a lullaby.

Oct. 19:
“Not A Sound” – The kids get information from Dr. Rafferty and then travel to outer space to confirm the amazing fact that there is no sound in outer space… even though Jet is convinced he’s heard sounds all over the solar system.

“Mindy In Space” – After Mindy laments the fact that she’s still only 4 and still can’t go to space with the other kids, Sydney, Jet, Sean, and Sunspot plan a full makeshift, cobbled together ‘Day in Space’ right there in Jet’s yard. Mindy’s day ends on a nearby hilltop where they all watch a real, amazing, actual space event – the Leonid Meteor Showers shooting across the sky!

Created by Craig Bartlett, (Hey Arnold!, Dinosaur Train), the popular space science show launched in 2016 and has won over kids and family with its blend of action-adventures, music and humor. The CG stories are complemented by segments starring astronomer Dr. Amy Mainzer of NASA’s Jet Propulsion Lab, who consults on Ready Jet Go!’s curriculum. 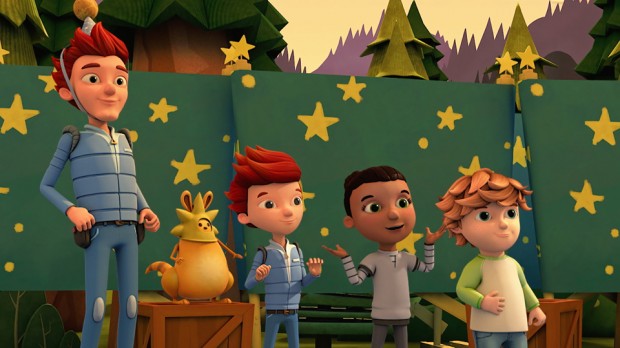 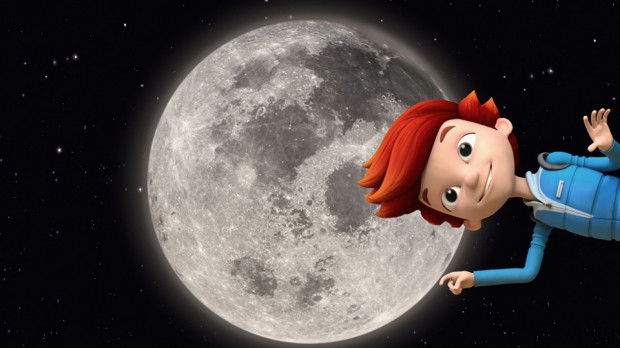 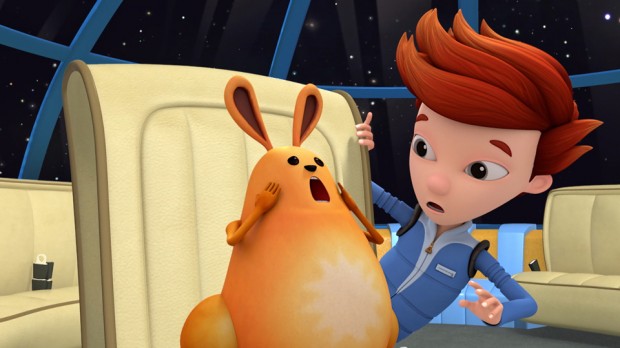