The kind folks over at Disney Channel have a couple special treats for us today: an exclusive clip from tonight’s episode of Wander Over Yonder guest-starring Aziz Ansari, and an exclusive clip and images from the new Marvel’s Hulk and the Agents of S.M.A.S.H. adventure, which will air Sunday morning and guest stars Ultimate Spider-Man‘s Drake Bell as the web-slinging hero.

Airing Friday, December 6 at 9 p.m. ET/PT on Disney Channel, Wander Over Yonder “The Little Guy” features the voice of Aziz Ansari (Parks and Recreation) who plays a tiny Watchdog cadet named Westley. Wander and Sylvia befriend the hapless cadet and pretend to be his prisoners to help him get back on Lord Hater’s (relatively) good side. The episode premieres as part of the channel’s month-long FA-LA-LA-LIDAYS holiday/winter-themed programming event. Additionally, Wander will make its Disney XD debut during the channel’s “Winter Wander What?” week-long programming event; Dec. 9-Dec. 13 at 7 p.m.

And on Sunday, December 8 from 8 to 9 a.m., Disney Channel’s Marvel Universe block premieres brand new back-to-back episodes of Marvel’s Hulk and the Agents of S.M.A.S.H. and Marvel’s Avengers Assemble which both feature guest star Drake Bell, on loan from Ultimate Spider-Man and reprising his heroic role. In S.M.A.S.H. “The Venom Inside,” Hulk has to save the day when his pals are possessed by Venom and rampage through New York trying to destroy Spider-Man. 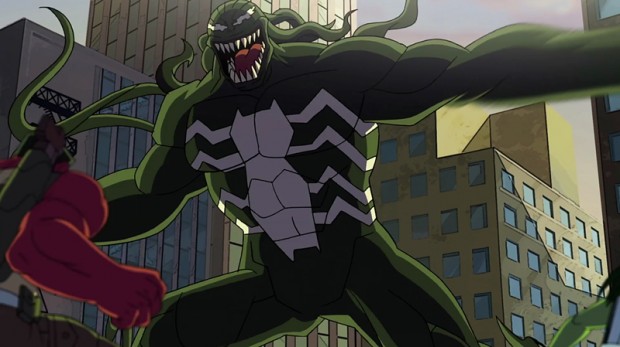 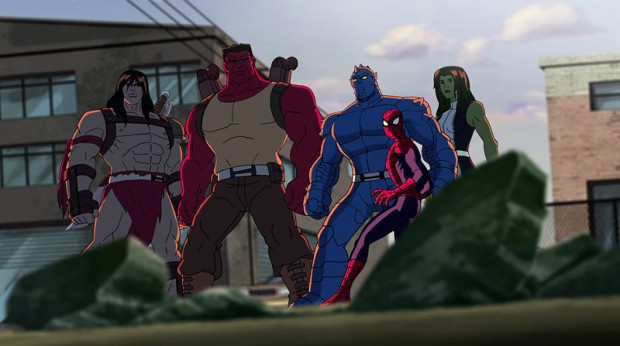 Then in Marvel’s Avengers Assemble “Planet Doom,” Thor returns to find Earth under the rule of Doctor Doom, who has changed the past to ensure the Avengers never formed. Without the team’s existence, Hawkeye’s alter ego Bullseye (Troy Baker), Falcon’s alter ego Snap (Bumper Robinson) and Spider-Man’s alter ego Slinger (Drake Bell) team up to rebel against the evil Doctor. 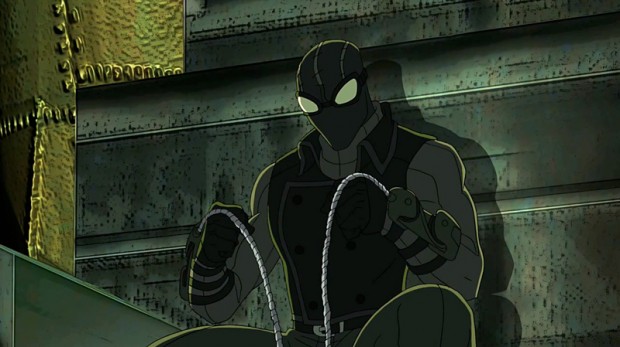 English Dub of ‘Ernest & Celestine’ to Debut at Sundance
Season 3 of Disney’s ‘Jake’ Takes Off in Jan.