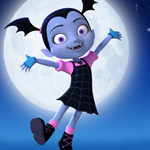 What do you do after creating one of the most popular, trail-blazing animated preschool shows in recent memory? If you’re Doc McStuffins creator and exec producer Chris Nee, you embark on a whole new adventure with another awesome toon that pushes the creative envelope.

Nee’s brand new animated series Vampirina, which debuts Oct. 1 on Disney Junior and Disney Channel, centers on a delightful family of, um, bloodsuckers, who have recently moved from Transylvania to a Pennsylvania neighborhood. Each episode centers on the adventures of Vampirina (voiced by Isabella Crovetti) and her parents (voiced by Lauren Graham and James Van Der Beek) as she learns to adjust to the normal human world around her.

Speaking from the Disney studios in Burbank, Nee tells us that the whole journey began when she saw a tiny visual development clip of what Disney and Irish studio Brown Bag Films had put together. “Disney Junior had found this book property [by author Anne Marie Pace and illustrator LeUyen Pham] and thought that it would be cool to develop into a series for a preschool audience,” Nee recalls. “The second I saw this character, I just knew I had to help bring her to life. I was just so excited by what she looked like and everything that she represented.”

Finding another property to fall in love with after the amazingly dynamic Doc McStuffins wasn’t going to be easy. “I knew Doc had set the bar really high, but I was really excited by what Vampirina had to say. She represents a kid who is really different, and she can be sometimes hard to be friends with, because she is so unusual, but it’s definitely worth it. She’s a total spark plug, and doesn’t do everything the right way, but her spirit is truly infectious.”

The show’s preschool-friendly CG animation is co-produced by Brown Bag Films in Dublin (in conjunction with Infinite Studios in Indonesia), which also produces Doc McStuffins. Co-exec producer is another McStuffins alum, Norton Virgien (Rugrats, Henry Hugglemonster). Brown Bag’s Nicky Phelan (Octonauts), who was nominated for an Oscar for his 2010 short Granny O’Grimm’s Sleeping Beauty, is the director.

“It made a huge amount of sense to work with Brown Bag,” says Nee. “They are such a gem of studio. The amount of talent that comes out of that tiny country is unbelievable. They are a company that always says: Yes, let’s figure out a way to do this. That’s not something that we usually see in this business.”

While the writing staff is based in Los Angeles, and the voice recording, music and sound mixes are all done in L.A., Nee often travels to Dublin to get hands-on interactions with the team at Brown Bag. “We’re on the phone every morning,” she explains. “I think it’s really important for us to have face-to-face time and know each other as human beings. We really wanted to make sure that human contact is part of our process, because at the end of the day we should be connected to humanity, if we’re doing our jobs right. It’s so easy these days to become separate prods. We want to feel like we are all part of one team that is working on this wonderful project.”

As Nee and her team are also working on the fifth season of Doc McStuffins, she says she is applying many lessons that she learned from her first big series to Vampirina. “We are now people who know each other very well,” Nee explains. “The lessons have been absorbed into our creative process. We know our strengths and weaknesses, and the idiosyncratic ways we like to work together. As we are embarking on something new and fresh, we are much further down the road than we were when we were launching Doc.”

A Taste for Eyeball Soup

Of course, one of the biggest challenges about the new project was how to make the world of vampires friendly, without the usual fear quotient tied to the supernatural creatures. “Well, we never actually show them drinking blood,” explains Nee. “But the food that they eat is always left of the center. They have Yeti Spaghetti, blood orange juice, and love to eat things like eyeball soup or bone soup.”

Yet, the writers were always aware of their special balancing act. Nee notes, “In the beginning, we asked ourselves, was there going to be a day when we all turned around and said, ‘Oh my God, we are doing vampires for preschool!’ How do we honor what is so cool about this world without being in a place where kids might come in scared? At the end of the day, what happens is that you see this character who is so instantly lovable and such a great entry into this space. You know you’re in a comforting place. Her parents, who are played by Lauren Graham and James Van Der Beek, I think they are going to become one of these classic TV families. They are so warm and funny, and their performances are so nuanced. So, you kind of want to move into this house with these guys.”

When asked about what she loves about the show so far, Nee says the work really speaks for itself. “I think the animation is absolutely stunning, and our writing staff feels comfortable taking our stories to the next level and pushing the character as far as we can go,” she adds. “We’re working on the fifth season of Doc now, and we are very excited that we can explore the world of the hospital further throughout the upcoming season, which will probably be next year.”

Nee, who has worked on many acclaimed children’s TV shows including Little Bill, Maya & Miguel, Blue’s Clues, Wonder Pets! and The Backyardigans over the past two decades, believes we are experiencing a new golden age of preschool television. “I think we have found our voice again,” she comments. “We found a sense of joyful and full storytelling and bringing kids along on that journey. We are also in a place that we recognize that all kinds of kids need to see themselves on TV. The process of seeing someone who doesn’t represent you makes you feel like you’re not important in any way. I believe we are doing a really good job of making every kid has something that they can look at and aspire to.”

Vampirina premieres October 1 at 11 a.m. with two back-to-back episodes on Disney Channel and Disney Junior. The episodes will also be available on Disney Junior VOD and YouTube, and the new DisneyNOW app. New episodes will air every Monday and Friday in October on Disney Channel and Disney Junior. Special screenings of Vampirina are planned for movie theaters across the U.S. on Saturday, October 21; Thursday, October 26; and Saturday, October 28, as part of  Disney Junior at the Movies – HalloVeen Party!, presented by Fathom Events. The events will include a never-before-seen episode of the show,  a costume party for kids and families. For more info, visit FathomEvents.com/DisneyJunior. Vampirina will also be available on DVD on October 17. 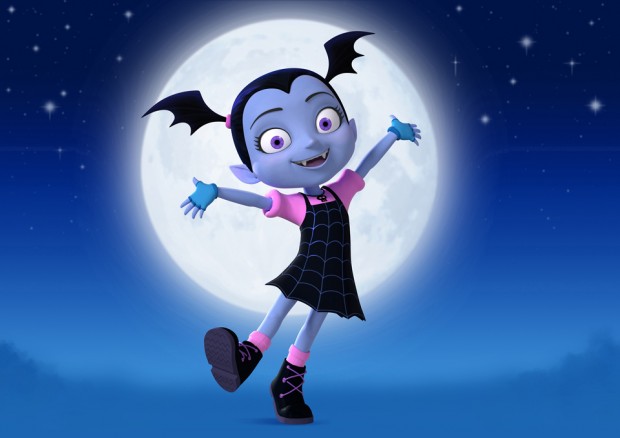 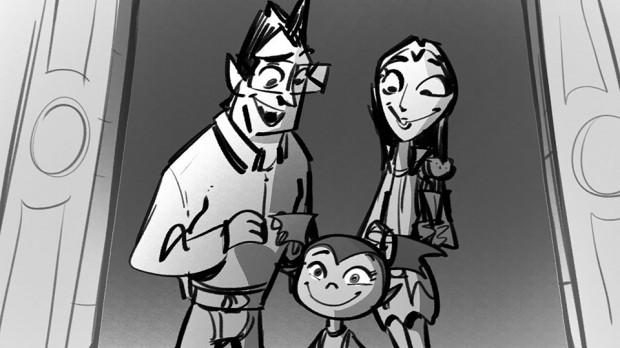 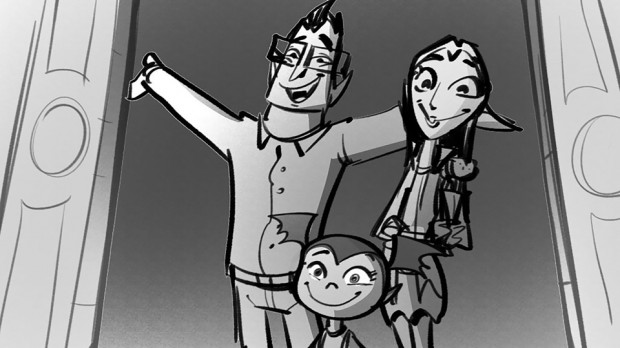 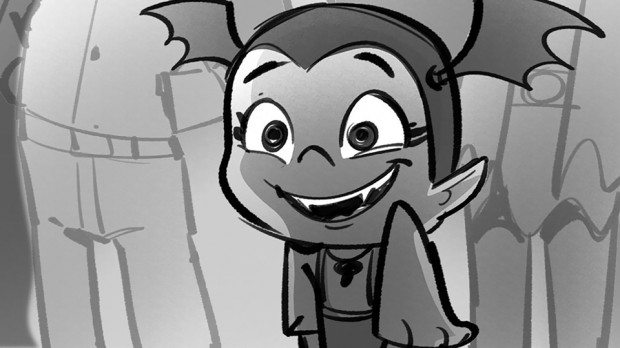 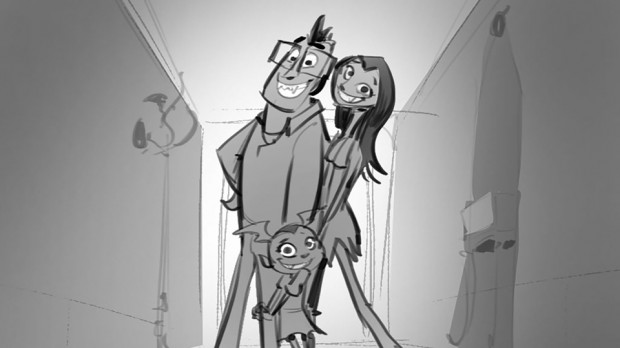 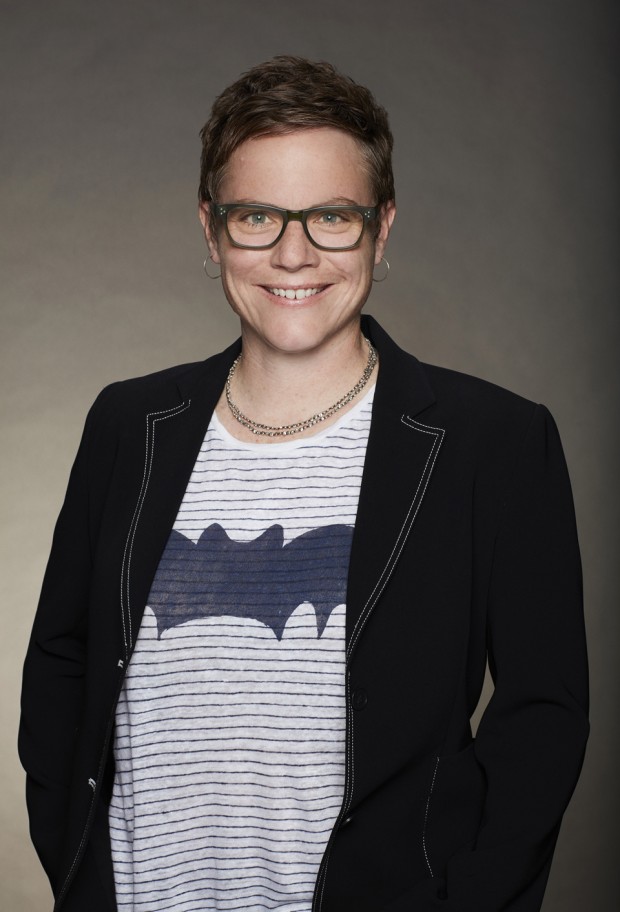 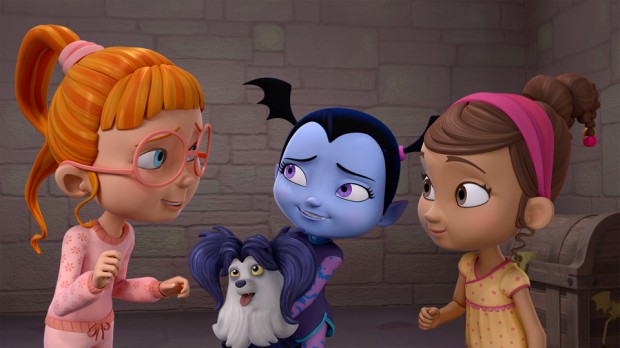 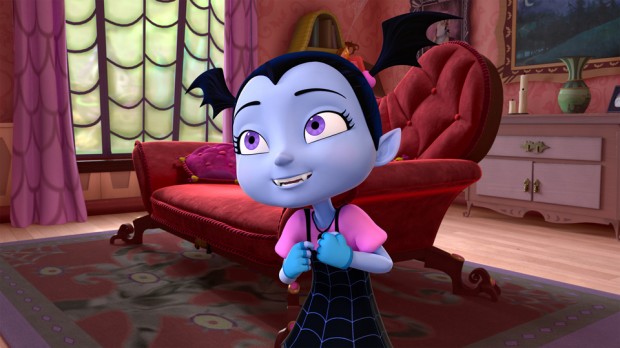 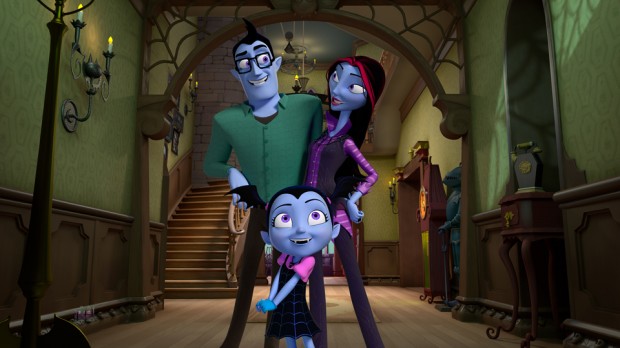