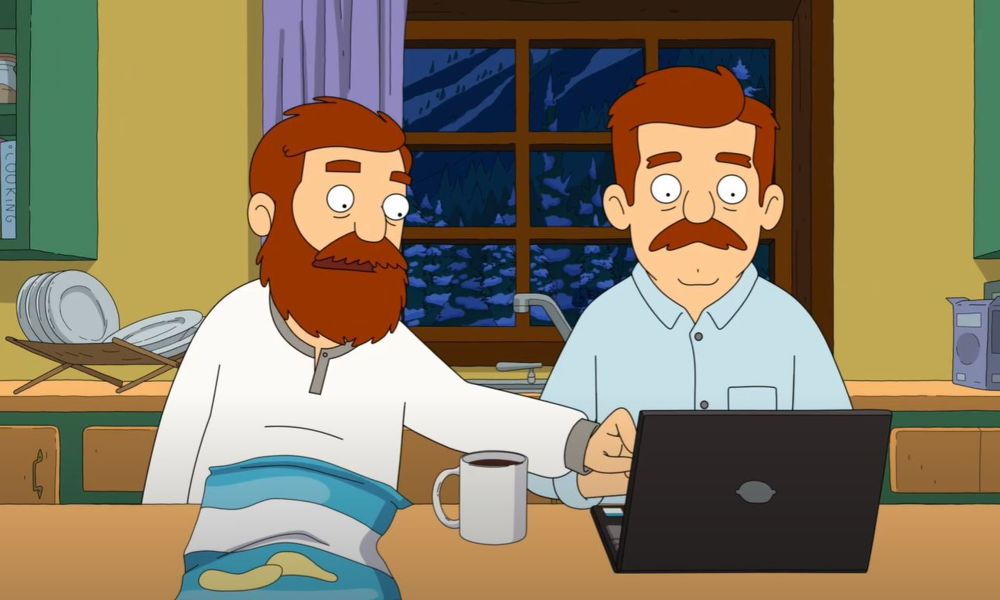 In this Sunday’s episode of FOX’s recently debuted animated comedy The Great North, Judy asks her crush to the most romantic dance of the school year, not realizing he’s got eyes for someone else, and Beef’s brother Brian comes up for a visit from Anchorage. Animag has hooked an exclusive clip ahead of the episode premiere, in which outdoorsy dad Beef (voiced by Nick Offerman) tries to reel in some brotherly bonding with laptop-bound Brian (guest star Rob Delaney, Catastrophe).

The Great North is created, written and executive-produced by Bob’s Burgers writers and executive producers Wendy Molyneux and Lizzie Molyneux-Logelin, as well as Minty Lewis (Regular Show). Bob’s Burgers creator Loren Bouchard also serves as executive producer. The series follows the Alaskan adventures of the Tobin family, as a single dad does his best to keep his weird bunch of kids close. The series is a 20th Television production with animation by Bento Box Entertainment.