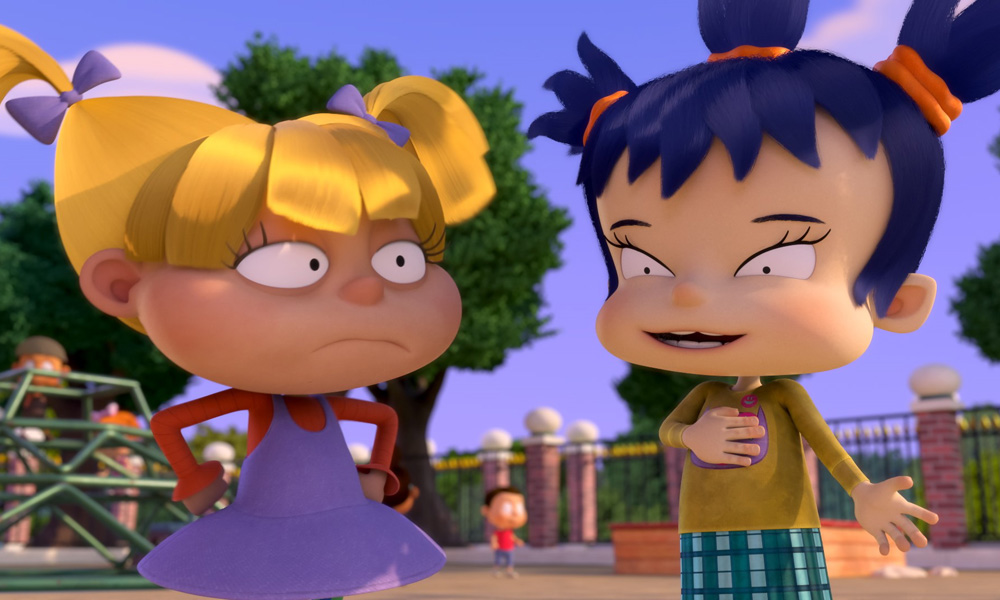 The reimagined Rugrats are getting into more diaper-filling adventures as eight new episodes bring Tommy, Chuckie, Angelica, Susie, Phil & Lil back to Paramount+ beginning Thursday, October 7. Inspired by the ’90s Nickelodeon classic, the CG-animated series was recently renewed for a 13-episode second season.

In the all-new season one episodes, the babies will continue to find themselves in a variety of situations by using their wild imaginations, including defeating an “outer space villain,” traveling through Chuckie’s dad’s body, embarking upon a daring mission to break Angelica out of preschool and more. The new batch of episodes also includes a half-hour, Halloween-themed special where Tommy needs his friends’ help to save Angelica after she turns into a werewolf at a scary Halloween party as their parents seem to disappear one by one.

Animation Magazine is happy to introduce fans to one of the luminous guest stars bringing some extra sparkle to the upcoming episodes with an exclusive clip. In the episode “Escape from Preschool,” Craig of the Creek voice star Charlet Chung plays Kimi Watanabe, Angelica’s eternally cheerful adversary at preschool. The character was first introduced in the movie Rugrats in Paris and, as Chuckie’s step sister, became a key character in the original Rugrats and its spin-off series All Grown Up!. She was originally voiced by Dionne Quan.

Also joining the cast in this newborn batch of adventures are:

Produced by Nickelodeon Animation Studio, the all-new Rugrats is based on the four-time Daytime Emmy Award, six-time Kids’ Choice Award and Hollywood Walk of Fame honored series created by Arlene Klasky, Gabor Csupo and Paul Germain, which marked its 30th anniversary on August 11. Eryk Casemiro (Rugrats) and Kate Boutilier (Rugrats) are executive producers and Dave Pressler (Robot and Monster) and Casey Leonard (Breadwinners) serve as co-executive producers, with Rachel Lipman (Rugrats) as co-producer and Kellie Smith (The Fairly OddParents) as line producer on season one.