The hotly anticipated 2D revamp Rise of the Teenage Mutant Ninja Turtles is premiering on Nickelodeon on September 17 at 6:30 p.m. ET/PT, introducing fresh looks (and ‘tudes) for Raph, Leo, Donnie and Mikey, and following their new adventures to discover their powers and learn the secrets of a mystical world beneath the street of New York City. To celebrate, the totally tubular folks at Nick have hooked us up with the very catchy extended cut of the new (yet classic) theme song. Enjoy!

The theme was constructed by series composer Matt Mahaffey, an American multi-instrumentalist, multi-platform record producer, Emmy Award and Annie Award-nominated composer, best known for his band Self. Mahaffey previously served as composer for Nick’s Sanjay and Craig and Disney’s Henry Hugglemonster, and wrote the original song “Stay Home” for DreamWorks Animation hit movie Shrek. In addition to creating his own music, he has toured with some acts you may have heard of, like P!nk, Beck and Beyoncé.

Rise of the TMNT will debut with the episode “Mystic Mayhem,” in which the Turtles discover for the first time they’re not the weirdest things in New YOrk. The debut is followed by Tthe premiere of “Donnie’s Gifts” — the Turtles have to fight their bad habits and a mutant chef — and “War and Pizza” — Turtles help April throw a not-so-happy birthday party — at 7 p.m. (ET/PT).

The series has already been greenlit for a second season. 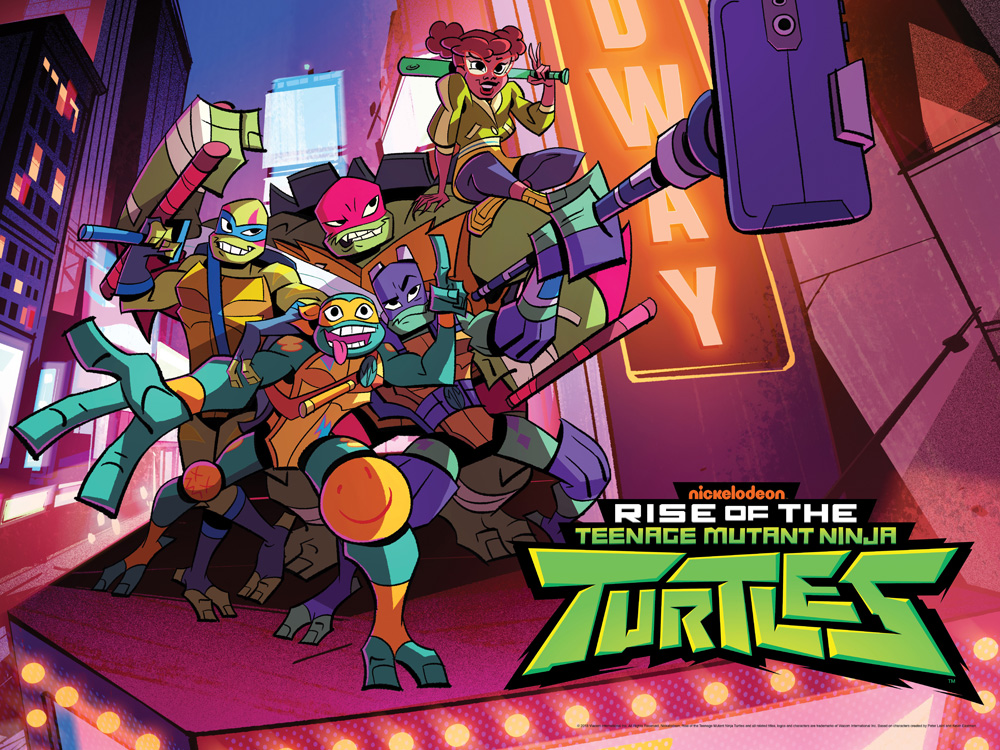