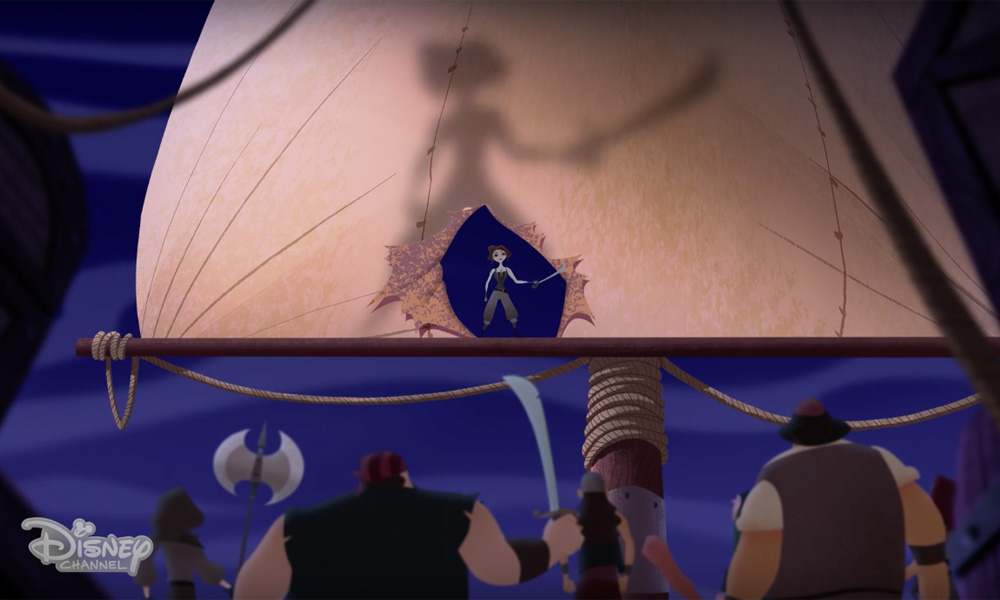 More amazing animated adventures are on the way as March comes roaring in on Disney TV channels. In addition to new episodes of Big City Greens, DuckTales, Star Wars Resistance, Doc McStuffins, Fancy Nancy and Vampirina, as well as the premiere for the fourth (and final) season of Star vs. The Forces of Evil, viewers will at long last get more comedic action starring Rapunzel, Eugene and the rest of the gang in an all-new episode of Rapunzel’s Tangled Adventure.

Premiering on Disney Channel on Sunday, March 3 at 7:30 a.m. EST, “Max and Eugene in ‘Peril on the High Seas’” finds the intrepid interspecies buddies in too deep when they’re rescued from the sea by a passing prison ship — and end up in the middle of a mutiny started by all the bad guys they’ve helped lock up in their adventures.

Sunday, March 3
7:30–8:00 A.M. EST (Disney Channel) Rapunzel’s Tangled Adventure “Max and Eugene in ‘Peril on the High Seas’” When Max and Eugene are stranded at sea they are saved by a passing ship only to discover that it is not what they expected.

Friday, March 8
11:00–11:30 A.M. EST (Disney Channel) Fancy Nancy “The Imaginary Invalide/Nancy Hops to It!” Nancy pretends to be sick but regrets it when her family throws a party that she’ll have to miss. / Nancy faces Rhonda and Wanda to determine who will be the cul-de-sac hopscotch champ.

Saturday, March 9
8:00–8:30 A.M. EST (Disney Channel) DuckTales “What Ever Happened to Della Duck?!” Della struggles for survival against dangerous elements of the Moon, as she looks for a way to get back to her family on Earth. Paget Brewster (Criminal Minds) recurs as Della Duck.

8:30–9:00 A.M. EST (Disney Channel) Big City Greens “Cricket’s Place/Volunteer Tilly” When Remy and Cricket get their own apartment, they discover that nonstop fun leads to chaos. / Tilly volunteers at the animal shelter but doesn’t want to part with any of the animals.

8:30–9:00 A.M. EDT (Disney Channel) Star vs. The Forces of Evil “Escape from the Pie Folk” Star’s search for her mom takes her to the home of the Pie Folk, where she must outwit them in order to reunite her family.

10:00–10:30 P.M. EDT (Disney Channel) Star Wars Resistance “No Escape, Part 1” Kaz, Neeku, Torra devise a plan to free their friends, but it’s upended when Kaz bears witness to the full might of the First Order.