Our plucky pals at Disney Channel have given us a sneak peek at the newest Mickey Mouse short cartoon, which premieres Friday, May 13 at 7:55 p.m. The new toon, “Entombed,” sees Mickey and Minnie getting separated inside a spooky tomb under the legendary Valley of the Kings in Egypt.

According to the folks at the House of Mouse, “Entombed” director Dave Thomas was inspired to create this short after a visit to a recreation of King Tut’s tomb. Lots of little details like the style of the gags, pacing and music pay tribute to 1930s cinema — with the added retro touch of Minnie Egyptian outfit, which is modeled on Elizabeth Taylor’s iconic costume from Cleopatra. Don’t miss “Entombed” when it makes its broadcast debut! 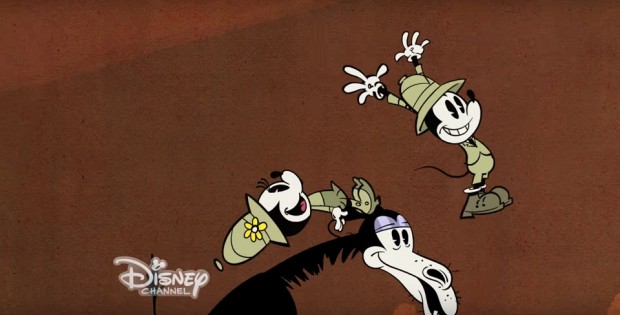