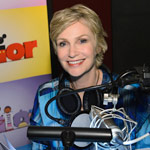 Some very special guests will be paying a visit to the land of fairytales next week in the Season 2 premiere of Disney Junior’s Goldie & Bear. The episode, “Goldie’s Great Adventure/Tagalong Troll” reunites big screen co-stars Jane Lynch and Michael McKean as Goldilocks’ parents, Mr. and Mrs. Locks — marking a return to the show for McKean and the debut of Lynch’s character. The new season launches Monday, September 18 at 11 a.m. on Disney Channel.

Goldie & Bear is a CG kids’ comedy chronicling the adventures of the fairytale friends, following the infamous porridge incident. In the exclusive clip below, we meet Lynch’s Mrs. Locks, a travelling tradeswoman who has returned to town with a caravan full of items collected for various familiar characters, which she tows behind her fabulous golden three-wheeled scooter/chair

“I was thrilled to participate in this wonderful animated series because of its wild imagination, its sweetness and its heart. I was also delighted to be reunited with my good friend Michael McKean to play Goldie’s lovingly eccentric parents!” said Lynch.

Lynch and McKean have starred together in a number of films, including Christopher Guest’s cult hit indie comedies Best in Show and A Mighty Wind, and Ari Gold’s Adventures in Power.

Following the season debut, three new episodes will premiere on Disney Channel on Sept. 19, 20 and 21 at 11 a.m. 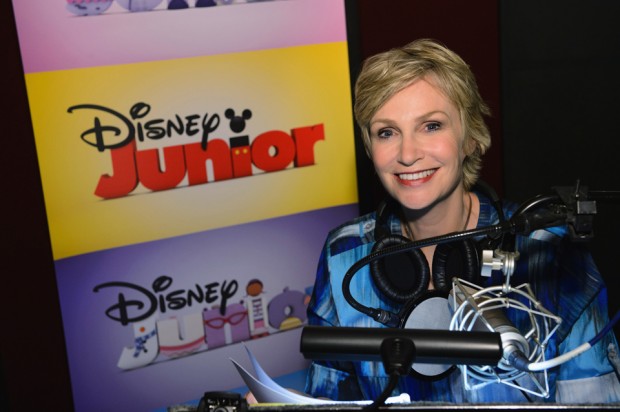