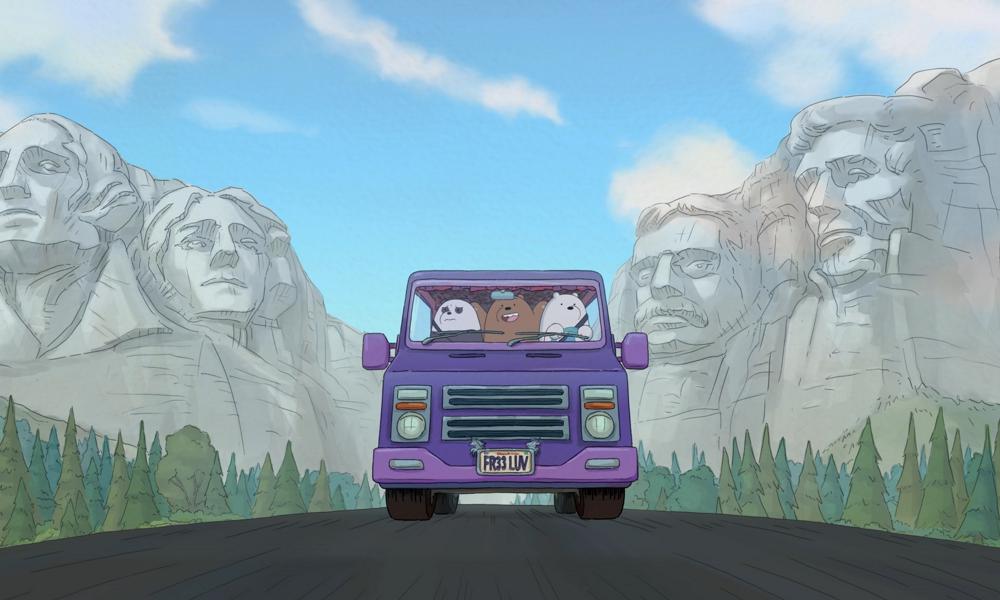 Fans of Daniel Chong’s hugely popular We Bare Bears will get a wonderful gift Monday, September 7 in the form of a 70-minute-long We Bare Bears: The Movie , putting a nice bow on the show, which debuted in July of 2015 and aired its final episode last April. The feature-length adventure finds the food truck-loving, viral video-obsessed Bear Bros road tripping to refuge in Canada from a menacing Wildlife Control agent determined to restore the “natural order.”

For the Sept./Oct. ’20 issue of Animation Magazine, we caught up with Chong to find out more about the charming movie and his plans for the future. We are also pleased to share an exclusive clip from one of the delightful bonus feature “Movie Pitches” included in the DVD release, out September 8, courtesy of our friends at Warner Bros. Home Entertainment. Read on to learn more about the movie and check out the clip, in which Chong sets up the first pitch of the opening sequence by storyboard artist Lauren Sassen and musically gifted story artist Louie Zong. 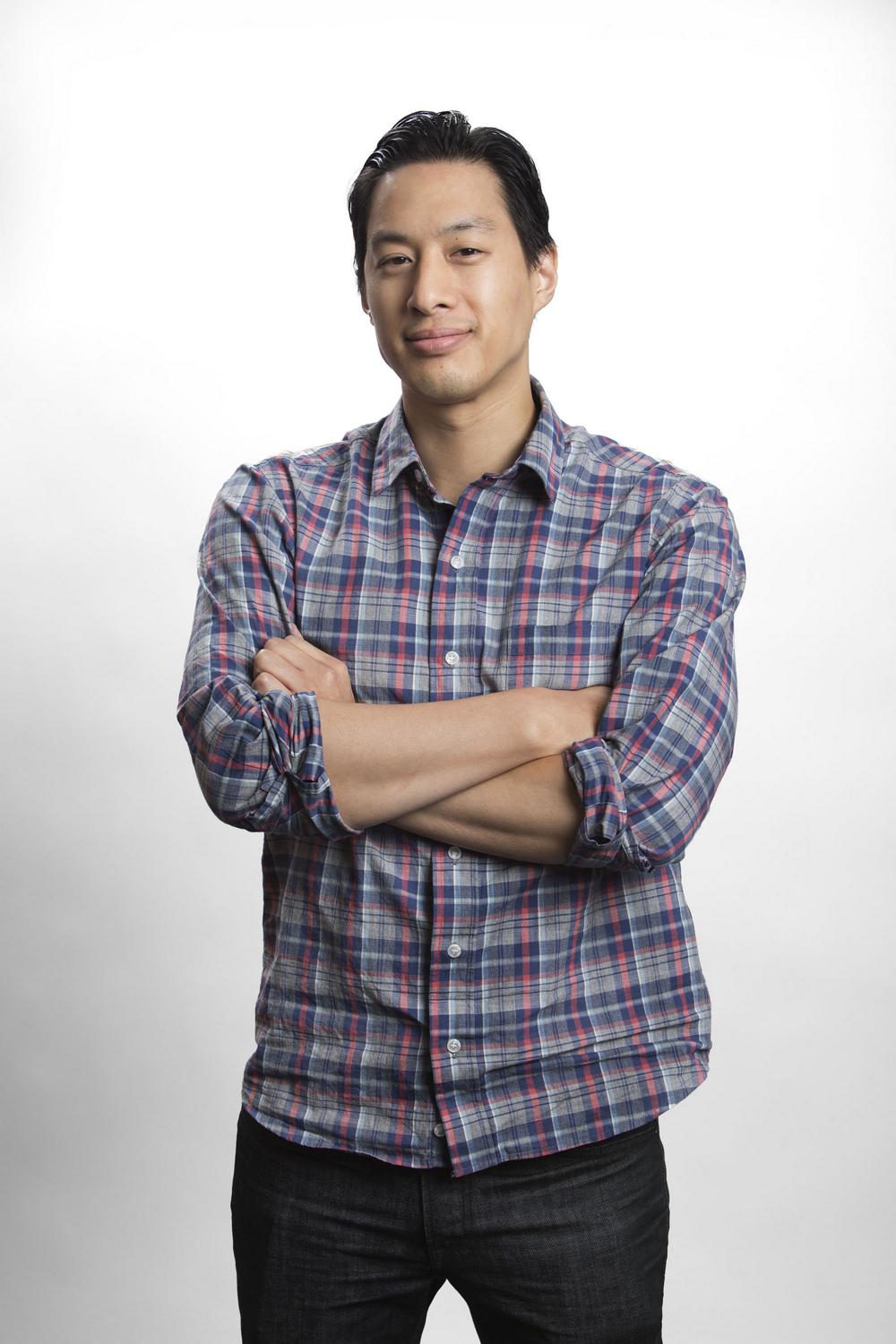 Animag: First of all, congrats on you very well-received We Bare Bears: The Movie. How did the idea for this movie come about?

Daniel Chong: It started out when Cartoon Network asked us to do a movie. Frankly, I had always wanted to do a movie with these characters. We had these compelling characters that could easily exist in a long-form project since we always tried to give them emotional depth.I had a background in animated movies. [Chong worked as story artist on features such as Bolt, Despicable Me, The Lorax and Inside Out, before creating We Bare Bears for the cabler.] We felt quite confident that we could do it, although we had a lot less time to do it than your average Disney or Pixar movie.

How long did it take you to make it?

We spent about eight months on the script — and that’s while we were actually producing the series, too. We boarded the movie for over a year, while still finishing up the regular episodes for the first half of season four. There was a lot of overlap. In reality, we didn’t know that the movie was going to serve as the finale for the show when we wrote it. We just assumed that we were going to keep going, even after 140 episodes! But when it was determined that we were going to end the show, the movie achieved a nice bookend quality.

How do you feel about the movie now that it is finally debuting on Cartoon Network?

This show was based on the experience of being a minority in America. So, I like that we were able to end the series on this poetic note, which is about feeling acceptance and fitting in and finding your place in the world. I couldn’t have anticipated that this was the way we were going to go out, but I’m really happy that we ended with them helping others just like them and creating a utopia of sorts. 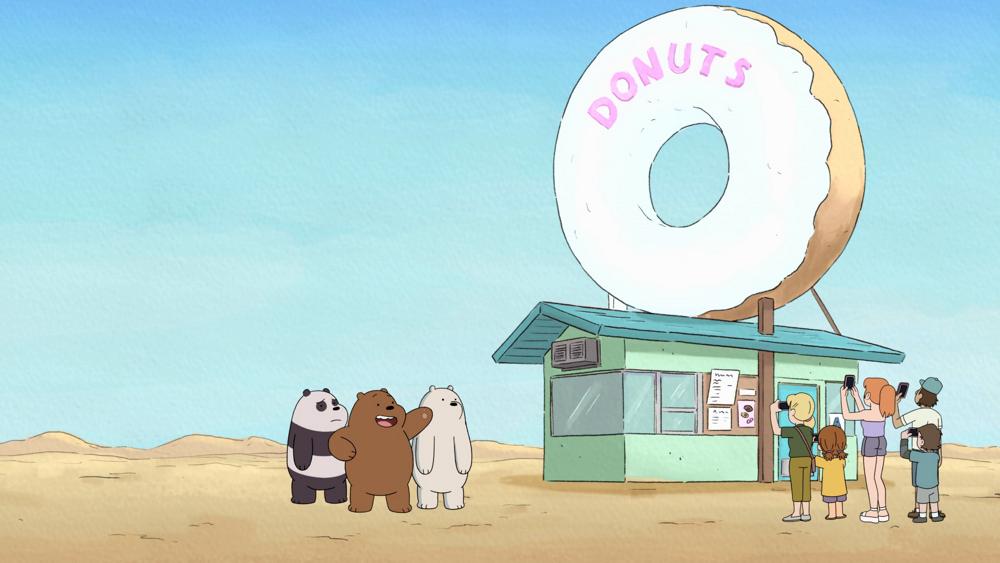 Can you talk about the message of the movie and how it’s probably even more relevant now than when you wrote it?

We wrote the movie when we were seeing all the news about ICE separating all these immigrant families. We’ve gone through a pandemic, witnessed the Black Lives Matter protests, and we know that racism is not going away. This is an ongoing battle that we have to fight. We wrote the script two years ago, but unfortunately, the themes are even more relevant now.

Did you work with the same team that was on your series?

Yes, more or less we had the same creative team. There were people coming in and out, but we had about eight or nine story artists boarding on the show. We had an extra editor on the movie. On the regular show, we clean up all the boards, then we edit it together and do all the small fixes. For the movie, we had lots of trial and error. Our board artists would do lots of roughs and story editors would do scratch dialog to see how it all held up. It was easier to troubleshoot that way.

We then sent the movie to Rough Draft. They also did lots of CG vehicles, fires and crowds for the movie. This movie wasn’t TV friendly, but they did a fantastic job. It was a hefty job. Outside the CG stuff, they still hand animate and draw on paper with pencil and ink. They scan and composite in Toon Boom Harmony.

Why do you think the show was such a hit with fans all over the world?

You never know exactly what it is that people are connecting with, but I really wanted people to love the bears’ personalities from the start. The bears were flawed each in their own way: Grizz is fun-loving, Panda is a bit too selfish or Ice Bear is a bit too weird, etc. but they always had good intentions and tried to do the right thing. That’s what I wanted out of their personalities. Hopefully that was one of the aspects people were drawn to them.

When I look back 10 years ago, I remember that I just wanted to make my own show. The industry was much smaller and there were very limited projects to work on. I just wasn’t connecting with a lot of the things that I was working on, so I wasn’t happy. I just didn’t think I could trust the industry to provide me with something that I would be excited about, so I had to make it myself. I had to go out there and pitch a show that I would be proud of. 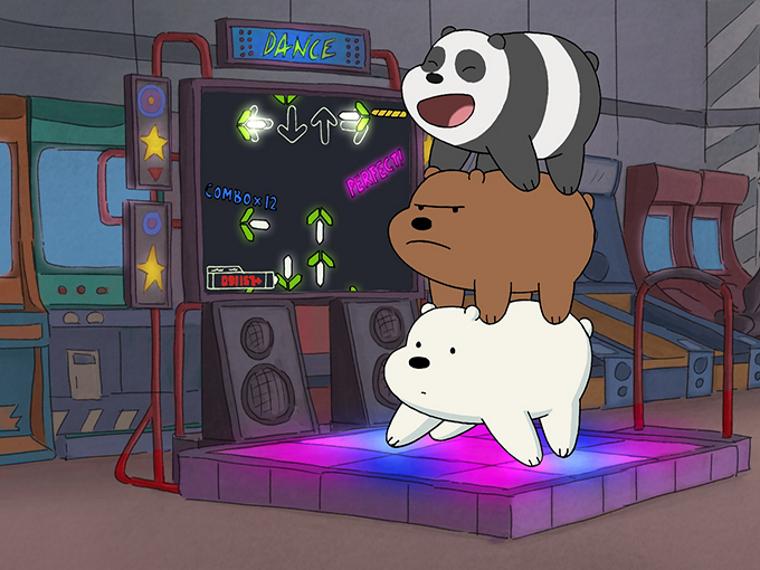 What are some of the most memorable reactions you have had to your work?

You know, it’s funny, because a lot of us get removed from the process and the audience. The best way to get feedback is to go online. We don’t get to meet fans regularly. I’d say the times that I got to meet the show fans is when I travel overseas. The series does very well internationally, and it’s incredible to see how the show transcends cultural boundaries and language barriers.

A few years ago, I was a guest of the Pixelatl Festival in Mexico, and these students came up to me, and they just said, “We Bare Bears,” and pointed to their hearts. I could see the love in their eyes. The connection was deeply emotional. That was one of the most amazing experiences. It’s always wonderful to get these nice messages from the fans. 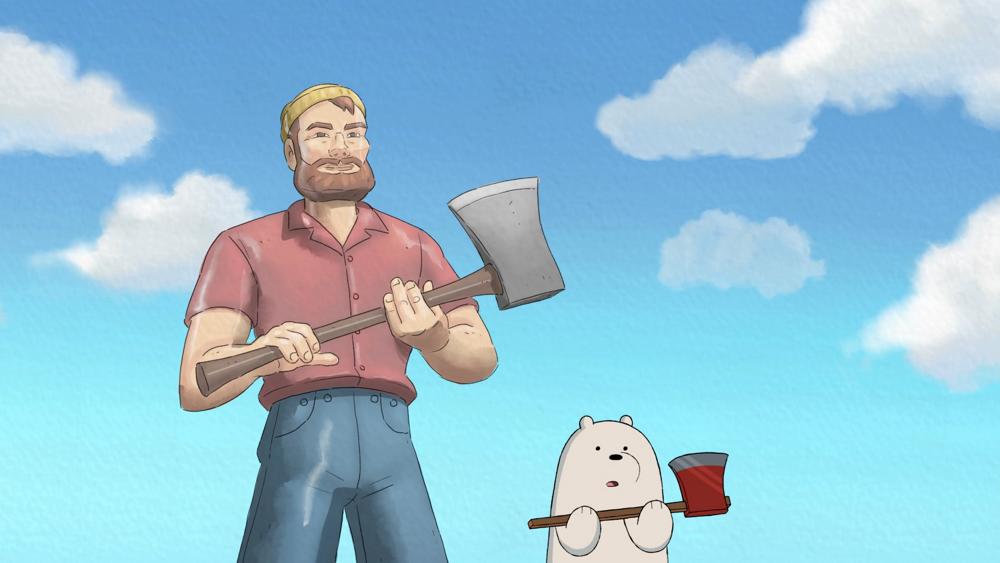 In the past, you’ve talked about how much you were influenced by the work of Bristol’s Aardman Animations. Can you elaborate on that and your other inspirations?

My entry into drawing and animation came from the world of comic-strips. I adored Calvin and Hobbes, The Far Side and Garfield. I would go through all the Sunday comic pages, so I wasn’t hugely influenced by animation when I was growing up. Once I got into animation, I really loved stop-motion. Nick Park’s The Wrong Trousers and all the other Wallace & Gromit shorts were huge. I saw them at an animation festival, and they were like nothing I had seen before. I loved the British humor and the deadpan quality. Watching that short really opened my eyes to what animation could be. [We Bare Bears was based on a webcomic that Chong had created.]

Any final words of advice for animation industry hopefuls who want to create their own shows?

I think everyone will tell you that we live in a time that technology has given everyone the ability to make their own things and create exposure through the internet and social media. Those things weren’t available when I was starting out. So, without question, you should take advantage of those things. What everyone neglects to mention is the importance of personal growth and development. So much of what you create is shaped by your background and the things that shaped you. The better you understand your background, the sharper your voice will become. You can’t make 140 episodes of a show without digging into every aspect of your past and every movie and TV show that influenced you. Work on your voice, look inside and try to understand what makes you unique.

We Bare Bears: The Movie premieres on Cartoon Network on September 7 at 6 p.m. ET/PT. A spinoff series featuring the baby versions of the bears is also in development at the studio.

You may also like...
Related Topics:featured, We Bare Bears The Movie
Geographic Region:Worldwide

Ode to a Latvian Childhood: The Challenges & Inspirations of ‘My Favorite War’
Virtually the Same: OIAF Artistic Director Chris Robinson Dishes on This Year’s Unusual Edition