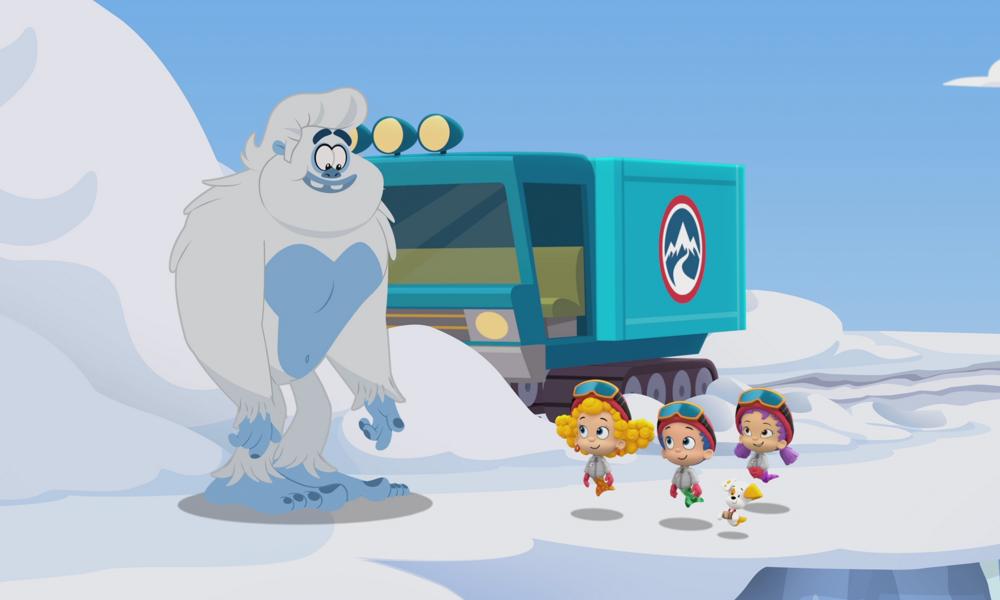 In a new Bubble Guppies adventure premiering this Friday on Nickelodeon, the popular preschool heroes encounter a sensitive snow monster voiced by actor, director, comedian and author Henry Winkler (Barry, Arrested Development, Happy Days). In a nod to Winkler’s iconic role as “The Fonz,” this Yeti even rocks an icy-cool pompadour!

In “Snow Squad to the Rescue!”, Gil is convinced that a Yeti is stealing sleeping bags from the campers, so the Snow Squad works together to try and catch the culprit. But what they discover is that this huge, furry creature has a heart even bigger than his giant feet.

Nickelodeon’s Emmy Award-winning Bubble Guppies is created and executive produced by Jonny Belt and Robert Scull and co-developed by Janice Burgess. The interactive CG-animated series is set in a vibrant underwater environment and follows a group of diverse preschoolers with colorful fish tails who go on adventures discovering their world.

Bubble Guppies is set to a soundtrack of catchy, educational pop songs and features a curriculum that infuses the core elements of kindergarten readiness, including math, literacy, the arts, science and socio-emotional development.