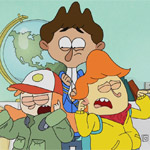 Nickelodeon will bid viewers Welcome to the Wayne when the brand-new animated mystery series debuts Monday, July 24. Ahead of the big debut of Emmy-winning writer and composer Billy Lopez’s original toon, we’re delighted to present a first look at the show’s theme song, which reveals just how wonky the Wayne can be!

The theme song features lyrics penned by Lopez, and is composed and performed by That Dog frontwoman Anna Waronker and former Go-Gos guitarist Charlotte Caffey.

“Writing the Welcome to the Wayne theme song was a true joy,” said the songsters. “Billy Lopez, Jeffrey Lesser and the whole team at Nickelodeon wanted the song to reflect the mysterious, adventurous, energetic, and eccentric spirit of the show itself, so we were able to take a lot of twists and turns musically that made writing this song so much fun!!”

Waronker and Caffey are also the creative force behind the award-winning Lovelace: A Rock Musical. 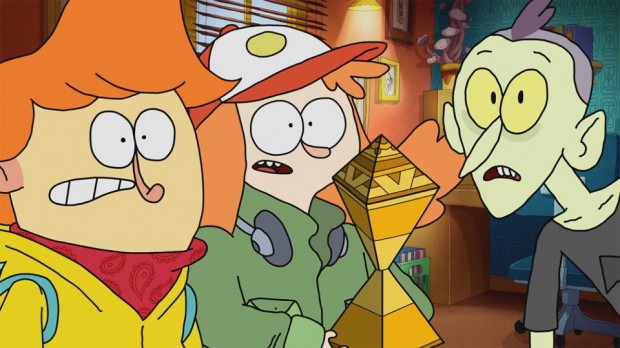