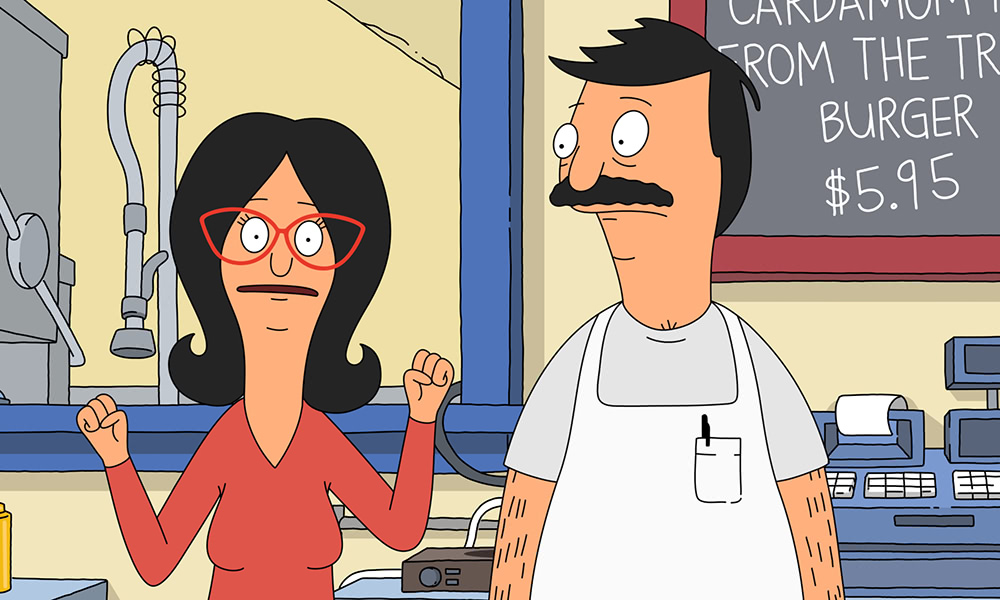 In this week’s all-new episode of Loren Bouchard’s two-time Emmy Award-winning series Bob’s Burgers, the kids have all the power at last!

Louise (Kristen Schaal) realizes that Mr. Frond’s new plan of students evaluating their teachers has shifted the balance of power at school from teacher to kid. Meanwhile, Bob (H. Jon Benjamin) and Linda (John Roberts) discover that they don’t agree on where they want their final resting place to be. “Touch of Eval(uations)” premieres Sunday, January 9 on FOX (9 p.m. ET/PT, 8 p.m. CT, 7 p.m. MT).

Our friends at Fox offered the sneak peek clip below, in which Mort the mortician (voiced by Andy Kindler) tells Bob, Linda and Teddy (Larry Murphy) about a fracas at the funeral parlor caused by a man who died without leaving a will and a celebrity autograph — and the Belchers realize they haven’t gotten around to any of that “dying stuff.”

“We’re gonna, we’ve just been too busy. Or tired. All the time tired.”

Premiered in 2011, Bob’s Burgers is now in its 12th season chronicling the adventures, schemes and mishaps of the ever-quirky Belcher family as they work to keep their restaurant afloat. The show has been nominated for the Emmy Award for Outstanding Animated Program every year since 2012, winning in 2014 and 2017. Bob’s Burgers is produced by 20th Television Animation and animated by Bento Box.

The Bob’s Burgers Movie is slated for release by 20th Century Studios on May 27.