Our friends at Nickelodeon have provided us with a rather amusing clip from this week’s episode of All in with Cam Newton, airing Friday at 8 p.m. The live-action docu-series stars 2016 NFL MVP Cam Newton as he helps turn kids’ dreams into reality by pairing curious youngsters with mentors in a variety of fields.

In Friday’s episode, Cam takes a young animator named Josh to Nickelodeon Studios. They draw inspiration from series creators Butch Hartman (Fairly OddParents) and Chris Savino (Loud House), and even have a voiceover session with the cast of SpongeBob SquarePants.

The clip shows Cam and Josh as they’re introduced to the magic of animation voiceover work thanks to Tom Kenny (SpongeBob), Bill Fagerbakke (Patrick) and audio director Justin Brinsfield. 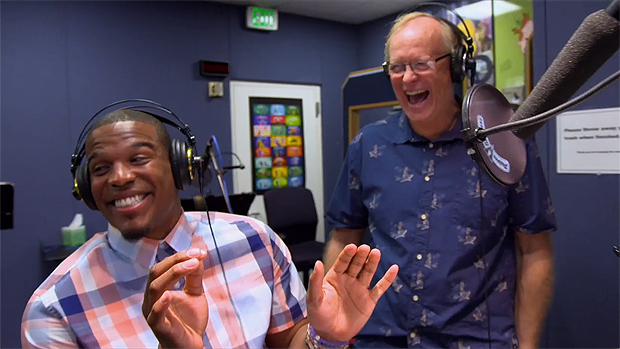