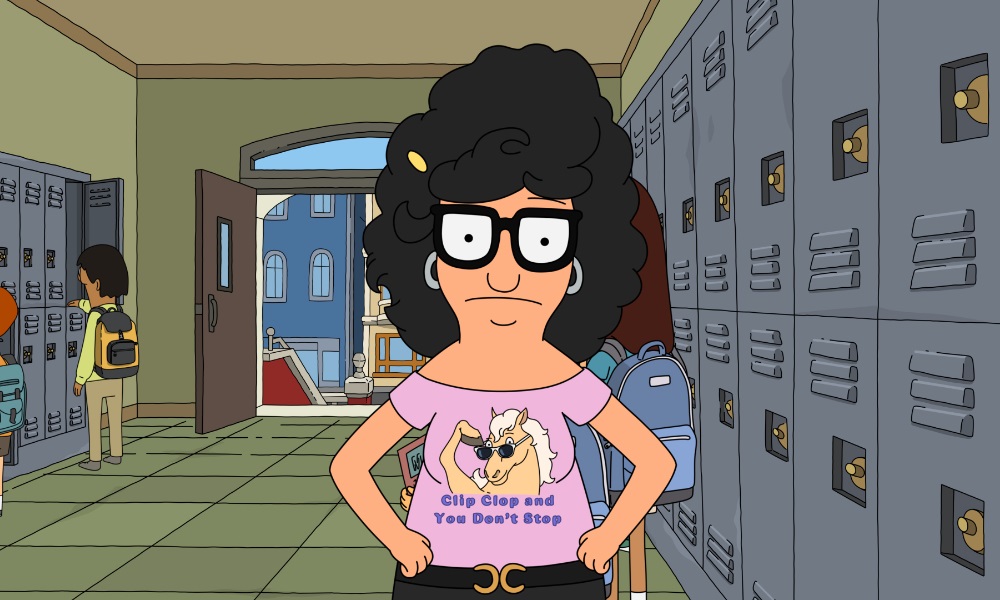 Bob's Burgers "Some Like It Bot: Eighth Grade Runner"

Part 1 of the epic(urean) two-part finale for Bob’s Burgers Season 12 kicks off this Sunday, and we’re delighted to offer an amuse-bouche for fans to enjoy!

But, in the exclusive clip provided to Animation Magazine, Tina’s (Dan Mintz) day is still full of hope and promise. Excited to show off her sartorial splurge, she enters a musical fantasy moment inspired by the 1978 classic Grease, casting Jimmy Jr. (voiced by  H. Jon Benjamin, in addition to Bob) as the swooning Danny to her vamped-up Sandy…

Part 2 of the finale, “Some Like It Bot: Judge-bot Day” will air May 22 on FOX, just ahead of the May 27 theatrical debut of The Bob’s Burgers Movie on May 27! (Don’t miss our feature article in the supersized 35th Anniversary issue of Animation Magazine, available soon!)

Premiered in 2011, Bob’s Burgers chronicles the adventures, schemes and mishaps of the ever-quirky Belcher family as they work to keep their restaurant afloat. The show has been nominated for the Emmy Award for Outstanding Animated Program every year since 2012, winning in 2014 and 2017. Bob’s Burgers is produced by 20th Television Animation and animated by Bento Box.

Watch: The Cat’s Out of the Bag in ‘Luck’ Teaser Trailer
YouTube Announces Robust Kids & Family Slate from Powerhouse Partners