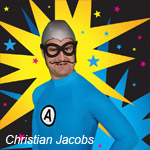 In celebration of the launch of season 2 of The Aquabats! Super Show!—kicking off on the Hub Network this Saturday, June 1 at 1 p.m.—Animag will be unveiling special episodic sneak peaks at the first five episodes. Each episode features an animated origin story of the spandex-clad, rock ‘n’ roll heroes, each told in a different toon style from a different bat’s point of view.

As series creator, exec producer and star Christian Jacobs (a.k.a. MC Bat Commander) told us during a recent phone interview, the Aquabats have changed things up for this season, wanting to incorporate more animation from different artists like the creator did on Yo Gabba Gabba!. They also sought to move more of the toon work back to the States.

“The bulk of the animation comes from our memories—each character’s memory of the origin story of the band,” Jacobs explains. “It’s really a convention with superhero comic-book lore, the origin story. Spider-Man and The Amazing Spider-Man both have origin stories, and each is slightly different. We wanted to play around with that and poke fun at it. Each Aquabat has a totally different memory of how the Aquabats came together and became the Aquabats. It was really fun and we got to work with different animators and different studios. I’ve heard people like variety, and so we do, too!”

The first clip comes from the season debut episode “The Return of the Aquabats!” in which the bats return from space and are hailed as heroes, but are quickly over whelmed by all the people needing their help as well as a new super-powered enemy. Pro skateboarder Tony Hawk makes a special appearance.

In this episode, Eaglebones Falconhawk (Ian Fowles) recalls how he became a member of the Aquabats. Jacobs says they wanted to echo Ralph Bakshi’s rotoscope style from films like Heavy Metal, Fire and Ice and the old Lord of the Rings toon, using a combination of old-school roto techniques and computer tech. The animated sequence was created by Ian Johnston’s company Too Many Legs Animation Studios in Salt Lake City.

“We tried to do it in a way that definitely looked like that style without actually having to pay for that style,” says Jacobs. “There’s a specific scene from Heavy Metal that’s definitely not for kids, but we put it into Eaglebones’ recollection … He plays guitar, he’s kind of the ‘metal’ guy of the band. He plays heavy metal anyway, so we thought by doing his animation style heavily influenced by Heavy Metal made sense—and it got really heavy, and it’s funny. It looks super cool, and I think kids probably haven’t seen anything like that in the last who knows how long. Kids will think it looks cool, and their parents will laugh … That the whole Aquabats vibe, to present stuff that has been done before but do it in a way that’s fresh and new for kids to watch.” 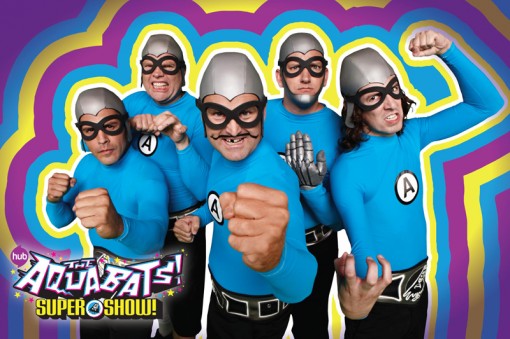 You may also like...
Related Topics:Christian Jacobs, Fire and Ice, Heavy Metal, Hub Network, Ian Fowles, Ian Johnston, Lord of the Rings, Ralph Bakshi, Spider-Man, The Amazing Spider-Man, The Aquabats Super Show, The Return of the Aquabats!, Tony Hawk, Too Many Legs Studios, Yo Gabba Gabba